The Luck Of Eden Hall - An Appreciation 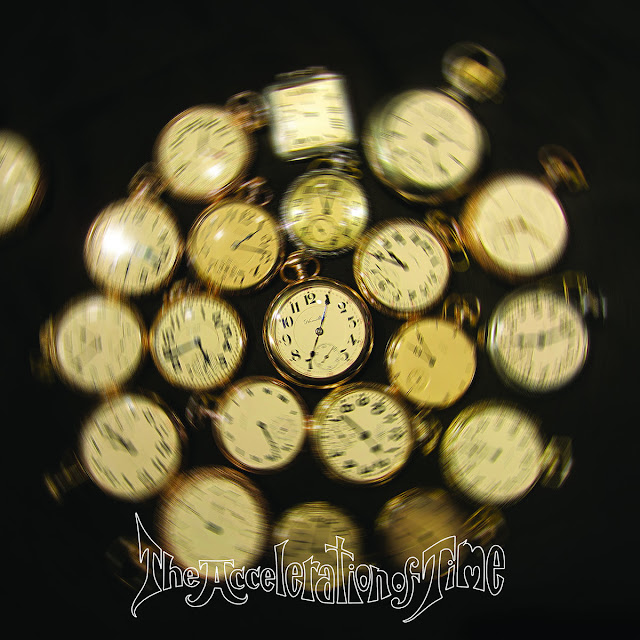 My Psych Pop fascination has never left me and since the late 80's there's been some great bands. Most have come and gone, often leaving just one great "lost" album. Others have adapted their sound to a more commercial format, mainly out of necessity.

One band who have been consistently brilliant are The Luck Of Eden Hall and thankfully they are still with us and get better and better.

To coincide with the excellent Megadodo Singles Club release of The End Of The Lane 7 Inch Single, I asked my great friend, Mick Dillingham, to write a piece on the band.

Chicago’s psychedelic combo The Luck Of Eden Hall were first formed way back in the early nineties, the era of endless tiny done on a shoestring indie labels and ultimately doomed, often hopeless, indie bands. Eden Hall played lots of small gigs, put out a couple of cheaply recorded cassette singles and recorded an obscure album. The latter being in a small studio that, with little control over the finished product, sounds totally of its time, place and unfortunate circumstance.

More garage that psychedelia in production and though the budding talent is obvious even then, it’s all a bit noisy and straight forward to my ears. However, it has become highly rated by those enthusiasts who like that particular era and that particular sound.

An attempt at a second album was so disastrous that the band and the producer agreed to wipe the master tapes rather than let anyone else hear them. The band limped on a while longer and then drifted apart and got on with their lives. Its an all too familiar story and generally that would be the end of it.

But then a decade later, home recording techniques and equipment had improved beyond recognition and this heralded in a new era of true creative freedom for hundreds of gifted songwriters and musicians. They hold down day jobs and when they can they head down to their home studio basement to indulge in what they truly love.

In 2002 Greg Curvey got his own home recording set up and bringing in his old bandmate and fellow songwriter (very much the Moulding to his Partridge) Mark Lofgren and The Luck Of Eden Hall were reborn in spectacular style. Now they could do whatever they wanted creatively without any interference and boy does it show.

Since then it’s been one breathtakingly brilliant album after another, magnificent psych pop glory built around great songs and riffs, masterful playing and perfectly realised production. The new album, The Acceleration of Time, effortlessly continues the golden creative highs of the last decade that have made the band one to love.  I certainly love The Luck Of Eden Hall but I am always aware of the one person that loves them more than anyone else ever could and that is Curvey himself.


Lets face the fact that in this day and age, a brilliant Psychedelic Power Pop band is only going to be of interest to a few thousand active listeners at most.  How many albums does even Jason Falkner sell in reality? Ninety nine percent of musicians do not make a living out of playing their own music.

Curvey knows that and embraces the realistic opportunities that his abundant talents give him firmly with both hands.  He records, writes and plays his music with unbridled passion for endless hours with no real financial incentives to make him do so.  He also, designs, prints and puts the beautiful covers together, late into the night, with as much love care and attention as he lavishes on his music. He also does intricate special edition covers, the one for the new album is ridiculously intricate and quite wonderful.

On top of this, he’s always on Facebook talking about, music and justice and all sorts of things with such interest and enthusiasm and insight. He really is a down to earth Renaissance man of our times, quietly and modestly, being creative and interested whenever the opportunity allows.

The European label Headspin have taken to releasing beautiful vinyl editions of the last couple of albums and everybody’s beloved psychedelic vinyl label Fruits de Mer have put out various singles, compilation tracks and the like.

You just know that whenever the packages turn up at his house with the latest vinyl release that Curvey will be grinning like child let loose in a Sweet Shop as he tears them open to see what wonders reside within. He always delights in the various adventures now afforded to him with obvious joy in his heart.

A couple of low key crowd funded trips to the UK to play to small but appreciative audiences in small venues are treated like a dream come true to the man.  Just last week he came over for some solo shows, built around his appearance at the Fruit de Mer showcase in Wales. As ever he’s cherishing every minute, another wonderful adventure to look back on with fond memories.


To be honest Curvey is living the creative dream I’d be happy to live and not some rock n’ roll treadmill nightmare that is the fate of so many musicians.  Free of the industry and all its various and dubious restraints Curvey, like many unknown gifted musicians, is able to let his creativity bloom at its very finest. It is us discerning listeners that reap the abundant rewards of this freedom by receiving such wonderful music for our listening pleasure.

The two tracks that are posted here are from the extremely limited 7 Inch Release of The End Of The Lane. Released on the magnificent Megadodo label. I'll be doing an extended piece on the label in the near future, but in the meantime, you can buy the single and discover other Megadodo delights here.

You can discover the delights of The Luck Of Eden Hall (and they are many) here.

Posted by Anything Should Happen at 15:47

Email ThisBlogThis!Share to TwitterShare to FacebookShare to Pinterest
Labels: The Luck Of Eden Hall