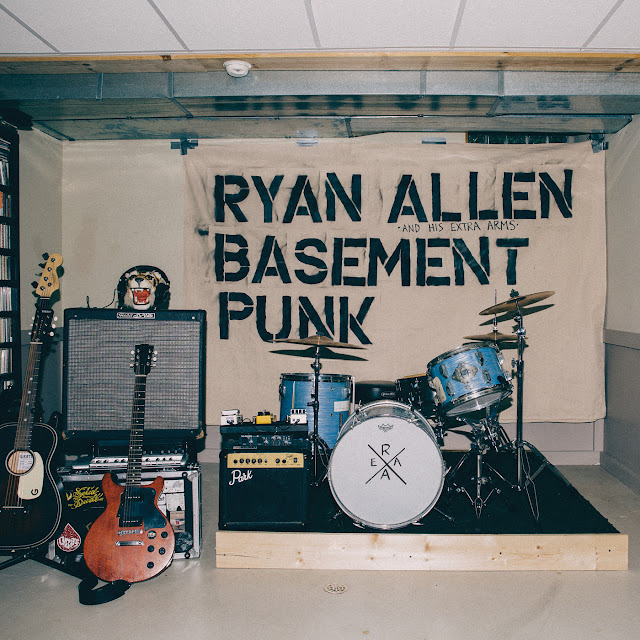 Many of you know how I bang on about Dom Mariani and Tommy Keene, well they now have a contender and a serious one.

Watch Me Explode and Basement Punks could easily be DM3 and there's no greater compliment in my eyes. Both songs are from Ryan Allen's third solo album, Basement Punk.

Add in connections to both Nick Piunti and Andy Reed and what a winner this album is. The boy can rock.

This is the sort of release that you used to see on Not Lame, great Power Pop.  Mal 'n' Ange is a real singalong. Gimme Some More is prime Tommy Keene.  Songs like People Factory show a lyrical strength not usually associated with Power Pop. Without A Doubt could very well be Material Issue.
The Destroy This Place Front Man, also plays a mean lead guitar.

I'll be honest that I'd grown frustrated this year with hearing the same old thing. This month I've heard at least five albums that are contenders for the year's Top 20, each one different in their own way. This is a straight ahead Power Pop record, the type we love and there's not much around that could live with it.


7 dollars is a snip and there is a limited 500 Run CD available for 10 dollars. I would suggest that CD is the way to listen to this and it should be heard Loud. The album is Power Pop Joy! You can buy and listen to it here.

Posted by Anything Should Happen at 13:15

Email ThisBlogThis!Share to TwitterShare to FacebookShare to Pinterest
Labels: Ryan Allen And His Extra Arms