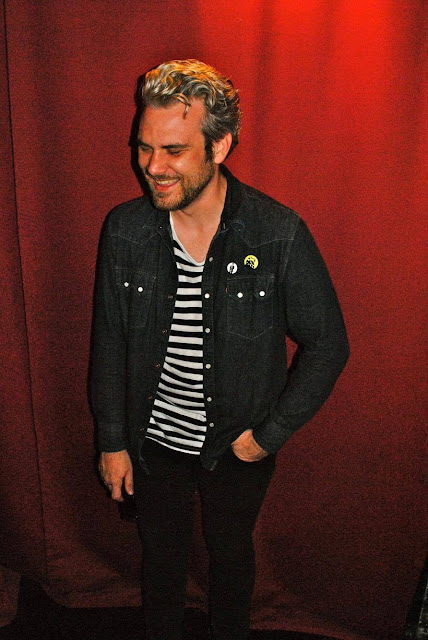 Bank Holiday weekends in the UK are usually tumbleweed music news wise. This one wasn't, largely due to the announcement of a new Wyatt Funderburk album. It's released on 29 November. I know that's three months away, but as we are on the Christmas countdown now, it'll soon come around.

Anyway in the meantime, there's some other news to keep you occupied. More on that in a bit.

When we think of the major influences on Power Pop over the past two decades, we go to the continued presence of Tommy Keene and Dom Mariani or the strength of Mike Viola and Fountains Of Wayne. Alternatively, we do like to compare everyone to Teenage Fanclub these days. Jellyfish also cast a large, perhaps too large, shadow. Wyatt Funderburk's influence is vast.

Before you mention the music that he has released himself. There's the work he's done as producer, mixer etc. Linus Of Hollywood, Bowling For Soup, The Wellingtons, Kurt Baker, The Connection and my beloved Silver Sun.

He's also a member of the highly influential Explorers Club, so this list is already noting the services to Power Pop. But it doesn't end there. As a recording artist, he has been responsible for some of the best Power Pop for nigh on two decades.

Initially with that wonderful debut album from The Pendletones. I always wanted another Silver Sun and we got the US version with Second Saturday. Two fantastic albums with top notch Power Pop. Here's The Deal was probably the best album of 2002.

In 2013, Wyatt's first solo album, Novel And Profane, was in many of the end of year Best Of Lists.

I'd normally break up the text with some music, but there's great news to tell you. For those who are not familiar with any or some of his work, three albums have been made available on Bandcamp as "Name Your Price" The Special Editions of the two Second Saturday albums and that splendid debut solo album are ready and waiting for you.

You can find Here's The Deal (With 10 Bonus Tracks) here.

You can find Greetings From Mount Rockmore (With 4 Bonus Tracks) here.


You can find Novel And Profane here,


I know you are going to hear more from me about Fleeting And Finite before it's release. I'm also hoping that Wyatt will agree to an interview with Mick for here.

In the meantime, enjoy some of the best Power Pop you will ever hear.

Posted by Anything Should Happen at 11:42