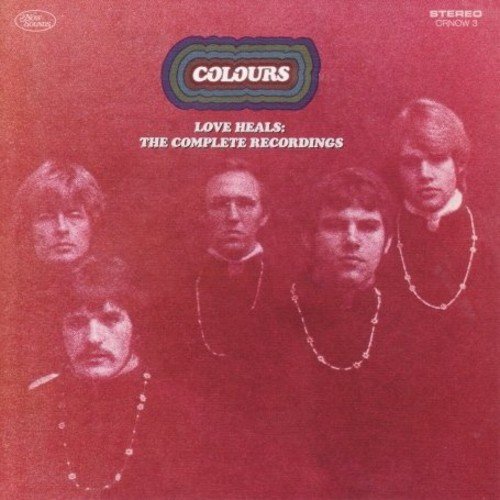 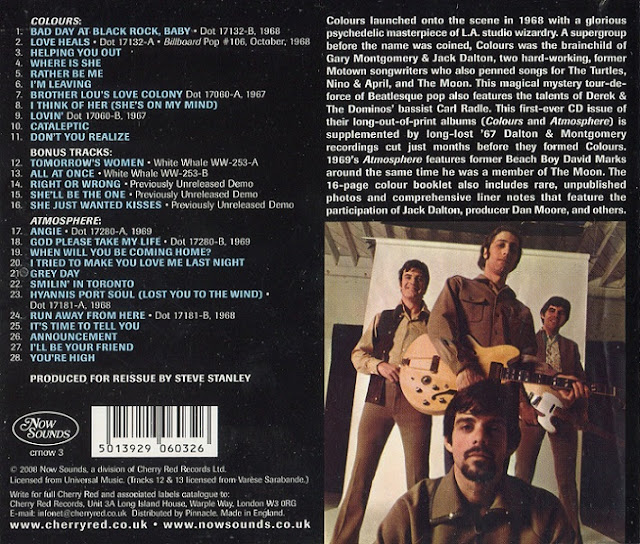 You know when you are told that you should listen to an album because it's a great lost masterpiece? Of course you do. I hear it all the time and I tell people constantly about such things, I've even done it on here in it's short life.

Colours two albums from 1968 and 1969 respectively with five Bonus Tracks in the middle.

I was sorting through stuff, I dug out the CD, released by a Cherry Red imprint in 2008, It had a had good reviews from people that I trust and admire and so I felt I should give it a go. I bought this when it came out and I'd never played it.

The reviews were so glowing, but I never got round to putting it in the CD Player, because there was so much around at the time of newer bands doing the same stuff.

The attention is on the first album, the second is very more Las Vegas and to be honest, total tosh.

The self titled debut had lots of Beatles comparisons and it's not that it's bad, it isn't, it just sounds so forced.You can admire the studio trickery, although you can imagine all the back slapping that went on. Wow that just sounds like the bit on "name your Beatles Song".

The vocal arrangements at times are a bit shoop boopy doop. The orchestrations are fine and you'd maybe expect that from two former Motown writers, but the lead vocals are just two plain and monotone.

It sounds like Motown trying to do The Beatles. The Fab Four it isn't.

I try to be positive on here. In fact we review what we like. That can make the place appear a bit gushing. I, personally, just don't bother with something I don't like, I wouldn't generally review it and there's so many good things to go at. But I suppose, it doesn't do any harm to pop the odd review of an album you don't like.

Power Pop provides a fraction of what I listen to, in fact if anything my love is Psych Pop, but it is music that should chirp you up and get you going and that's what I like about it.

For the rest of the week, I'll concentrate on newer releases as we've had a small run of posts about the past.

Posted by Anything Should Happen at 11:59

Email ThisBlogThis!Share to TwitterShare to FacebookShare to Pinterest
Labels: Colours