Gretchen's Wheel - Behind The Curtain 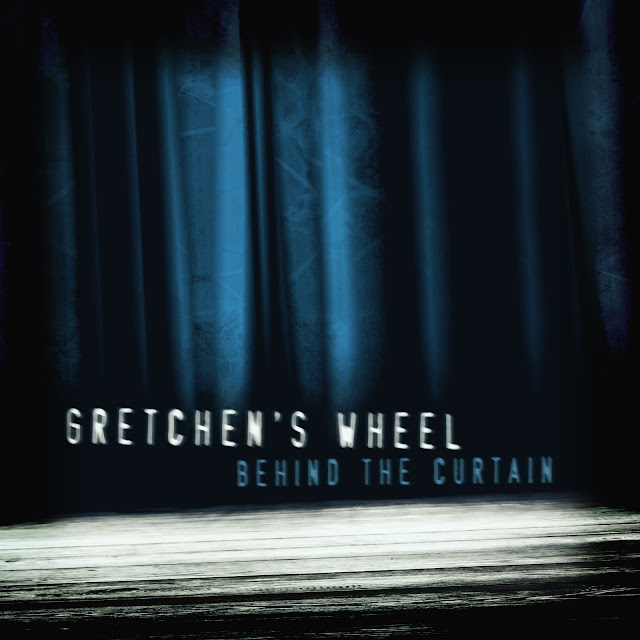 Two things we've been discussing separately this week are Nashville and Female Vocalists. So it makes absolute sense to review Gretchen's Wheel as Lindsay Murray is female and from Nashville.

However don't expect any stereotypes here because Gretchen's Wheel is far from what you'd expect. Last year's debut album, Fragile State was produced by Ken Stringfellow and so it's surprising to say that this year's model, Behind The Curtain. at times out power pops that debut.

The lead off track is a given. Invisible Wheel romps off at a great pace, a fine start.

Younger Ever Year meanders beautifully, a cross between Sheryl Crow and Aimee Mann and The Good Things  is even more Aimee like, as complimentary a comparison to have in my opinion. It's the latter though that is a stunner of a song. If you are going to slow things down, do it like this.

Live Through You is where the Power Pop really kicks in and what a gem, a riff that grabs you. Lindsay's voice takes on a lighter tone when it would have been easier to rock it out. It work's beautifully.

This Petrified Heart rocks like a good 'un, a moody vocal underpins the noise around it, Try To Make It reminds me of a more melodic Chrissie Hynde, another Power Pop riff but great melody. If you want quiet, the closing track, Behind The Curtain just smoulders. After all this riffing, it's the right end.

One last thing I have to mention is Try To Make It. I think many of you know how much I love Sloan. Few cover them and those that do mainly get it wrong. What an absolute cracker this Sloan cover is. Whisper it, but this could very well be better than the original.

What impresses me most about Behind The Curtain is the songwriting. All bar Try To Make It are self penned by Murray and that writing quality is of the highest order.

A great album and for Five Dollars, it's an absolute snip. You can buy it here and you should buy it now.


Posted by Anything Should Happen at 09:07