Mick Dillingham On Yes : Going For The One And On 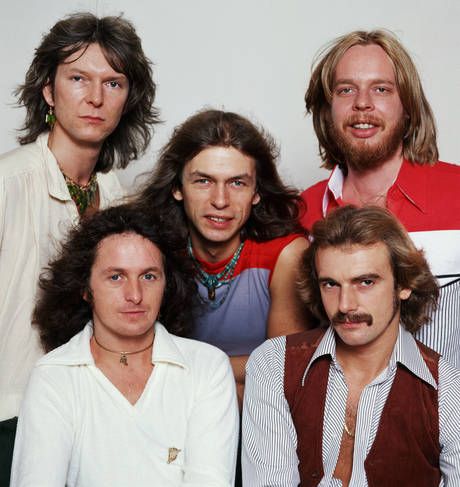 A really interesting piece from Mick on Yes. Mick and I are both Yes fans and certainly don't agree on everything. I look upon Going For The One as the last great Yes album, I'm not sure anyone needs any Yes after this point. I do like Drama, but I look at it as The Buggles Go Prog.

The one thing we do disagree on is that I consider Tales Of Topographic Ocean to be the biggest waste of Electricity ever. Mick's tried to change my mind many times, but every time I go back to it, I like it even less.

When Going For The One was released in the summer of 1977 I was a teenager at the height of my love affair with Yes. It  had begun a few years before after my brother Todd first got me into music. I had a great fondness for the first two albums, but it was Steve Howe joining for The Yes Album that turned them into the classic Yes I loved. It made them my favourite band for the next few years.


Topographic Oceans was the first album that came out when I was actually into them and to me it was exactly where I wanted the band to go after Close To The Edge. Topographic was a totally natural progression in my eyes and though others struggled with its epic complexity I adore it. Wakeman had departed to concentrate on his increasing silly epic concept albums. Moraz entered the picture and brought an interesting but colder edge to the band sound on the wonderful Relayer. Then, ominously, each member went off to do a solo album and when they returned for Going For The One you could hear the separation that had resulted.

Wakeman was back and Going For The One, housed in a horrible Hypnosis cover (Going For The Bum), felt like they were just taking a breather. It was as though they were easing Wakeman gently back into the band before they continued on their true path of musical exploration once more.  But instead we got Tormato and that album was the end of the era of classic Yes. Though  I do rate Going For The One, the beginnings of that end are all over it.

First off I will say I have no problem with Awaken in the slightest, it is classic progressive Yes in every way, their last masterpiece. But then it’s the rest of the album where the cracks are starting to show. The title track itself is stunning but the gimmicky production resulted in it being the first Yes track they couldn’t play properly live. The song really was a far lesser entity live and it also marks the start of the band abandoning the unique and oblique lyrical style of their classic period.


Lyrics became for more straight forward and I would judge, dumbed down and commercial.  To me the lyrics of Going For The One sound clumsy and the vocal melody is hampered by having to follow them. Imagine the song just played and sung on an acoustic guitar and it’s really not much of a song.

Turn of the Century is a lovely track, but there's something about the arrangement and individual rather than gestalt playing that stops it short of being equal to say And You and I or Heart Of The Sunrise. Because of the separation that I mentioned earlier, this sounds like five solo musicians playing rather than what it should be which is Yes playing it.

Talking of separation, I really like Fish Out Of Water, Squires’ solo album and Parallels which closes side one of Going For The One could be lifted straight up and plonked down on Squires album as a perfect fit.  It is not a Yes track but a Squire track.  But it’s the shimmering melodic sweetmeat of Wondrous Stories that has the fatal shadow of their destruction hanging over it. An Anderson song, where Yes basically serve as his backing band that went on to be a minor hit.

By Tormato,  Anderson had lost all interest in Yes as a musical entity. During the aborted recording for the next album (a concept album about Richard the Lionheart!) in Paris he made it clear that the other members should serve as his backing band. When they refused, he absented himself from the recording sessions and then quit the band and assembled his own willing backing band of faceless session musicians.

That was the end of Yes as a creative musical force.  An end where the seeds were sown on Going For The One, but were masked by the glory that is Awaken. It grew even more apparent on the Awakenless Tormato, where nobody could deny that something was sorely amiss.

By then Yes were no longer a grown up band, but more a Disney version. This new lyrical direction was to hit the lows of Circus of Heaven, Arriving UFO and Don’t Kill The Whale.  Obviously, in reality, what was actually happening was Yes, like many bands, had run out of the creative magic that had fuelled them and the brotherhood that had made them work together as a band.

Drama isn’t Yes, but taken as that it a pretty good go at a modern prog sounding band with members of Yes involved, Anderson’s melodic skills lasted through a couple of solo albums and some Jon and Vangelis pop stuff.  Rabin period Yes isn’t Yes at all. but Cinema with Anderson tacked on as a money making after thought.

By the time Yes reconvened  as Anderson Wakeman Bruford and Howe it was clear that the song writing well had run dry.  The melodies were weak, the plodding lyrics bland and often inspirational new age nonsense. Even the riffage was salvaged from Howe’s early band Bodast. Upgraded musicianship and technical excellence had destroyed the masterful fire and passion of the Seventies. The results were impressively boring to my ears.  And it’s been downhill all the way since then.


Posted by Anything Should Happen at 14:03