What This Place Is About 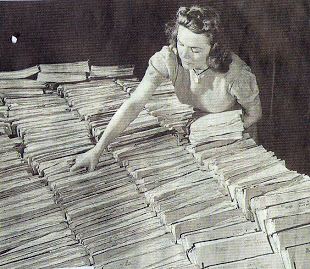 I've been asked by a few artists for a sort of FAQ's for here and so I am happy to illuminate the world.

This is the Public Blog from the Anything Should Happen stable. ASH is in it's ninth year and has largely been a private affair with a large group of musicians, critics, collectors and fans. Membership has been closed for many years due to number limits invoked by Blogger.

We've tried to venture into the Public Eye in the past, but the time commitment was too great. Whilst ASH has been a collective, this place is largely me.

My music tastes are extremely varied. Over the past nine years, I've become noted for Power Pop and New Wave, but that's a small part of what I like and this place will reflect that.

This place isn't Pay To Play or any such term. I review what I like. In the past I've reviewed good and bad and sometimes been scathing. The policy here is that only what I like will be featured. It's unfair to be negative to something that others may like just because it doesn't float my boat.

Having said that, it's important to note that this place isn't a PR Blog. nor is it gushing, I just write about what moves me. I wouldn't tell you about something that I don't rate. People who respect my opinion will, therefore, know that if something appears on here, I like it.

Interview wise, I don't do them. I'm not good at them, but I do like talking about music and with musicians. So there are two planned audio features. The monthly Podcast, starting next month, will feature an hour of talking and the hope is that it will develop into musicians talking about music, which will include stuff about their career.

The other monthly audio affair will be a sort of Radio Show.

Here will feature the new and the old and any artist who wishes to have anything featured on here can contact me at any time. I love to discover artists that I've never heard.

The days of these sort of Blogs featuring hundreds of comments are long gone, so I'm aware that a lot of the chat will be on Social Media, particularly Facebook. That's ace, it's not about comments, it's about you liking something that's being reviewed and then supporting the artist in any way you can.

Posted by Anything Should Happen at 07:19