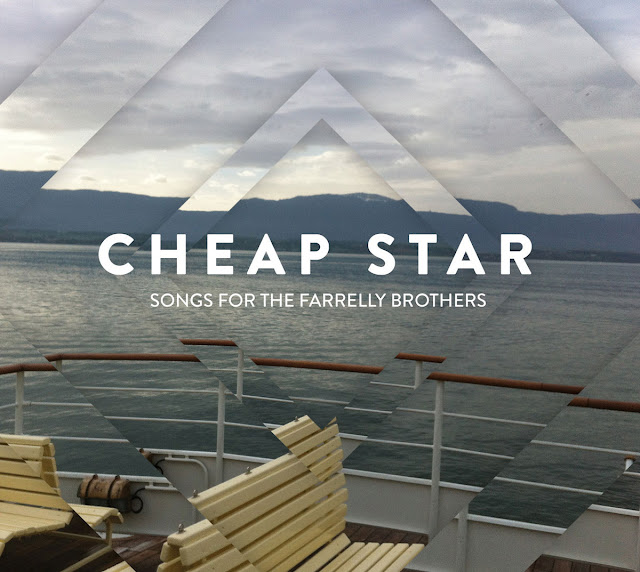 With a name like Cheap Star, you'd expect the band to be Power Pop and you'd be right and it's very much Power Pop in the land of The Posies and a more organised Velvet Crush.

There's no coincidence in The Posies connection, because Jon Auer and Ken Stringfellow have been involved in their three previous releases and Jon Auer produces this excellent fayre.

Remi Vaissiere's vocals are incredibly Auer like, particularly when he rocks. On the quieter songs, it's very much Norman Blake in Byrds mode. On those rocking moments, Remi's lead guitar sounds very much like well...Jon Auer.

There's a real laid back gentle feel to the album at times and it's all the better for it and when it lets rip it catches you by surprise, a nice surprise. I can't stress enough how much fans of The Posies will like this album.

The three piece hail from France and Switzerland, not a hotbed of Power Pop acts, although I expect lots of mail telling me this is wrong. Songs From The Farrelly Brothers is a really good album and when they rock, they are fantastic. Ken Stringfellow joins them on What's The Point and it's ace.


The band's hearts are not worn on their sleeves though, at different times they could be a leader in the shoegaze brigade.  Memories kicks in with a Roy Orbison intro and is led by a really nice gentle riff to a merseybeat backbeat. Separated By You reminds me of the Postcard label, it could be Aztec Camera and if you want Teenage Fanclub. Well here it is with a blistering guitar solo.

R
ight She Said is very Gallagher And Lyle with some fine harmonies.  That song has a real west coast tinge as does Still I Believe. The Other Side could feature on any Posies record of your choice. It could very well be Ken and Jon and you'll be amazed that it's not.

The last comparison that I will make is The Lemonheads and that's apt because there is a blistering cover of Into Your Arms to end the 11 song treat.

In summary, I perhaps wish they would rock just a little more because they are so good at it, but that's a criticism I could level at The Posies sometimes. It's not a negative, because this album is a bargain at 8 dollars and a great addition to anyone's collection. If you are a fan of The Posies, the purchase is essential.

You can buy the album at the band's Bandcamp site here. Listen to it all the way through and I'm convinced that you will want to own it.

You can also listen to Cheap Star's previous offerings, Speaking Like An Elephant and Rosetta Stone at the band's Soundcloud site here.

Posted by Anything Should Happen at 19:20