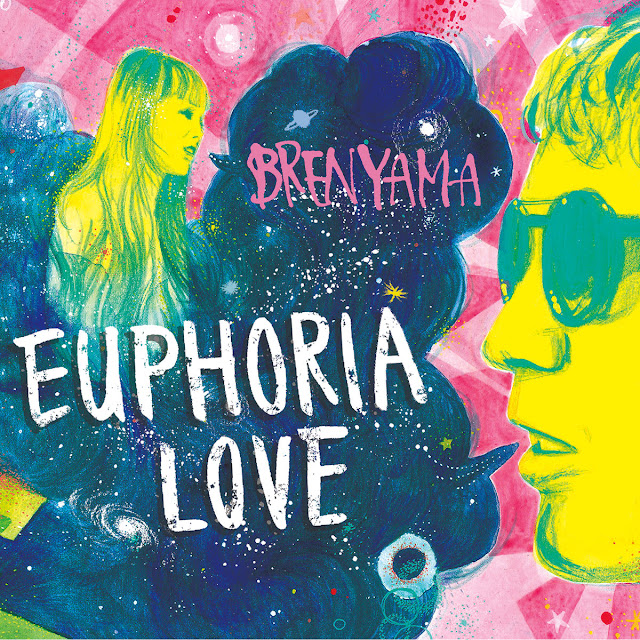 It's lovely to see Marty Scott's Jem Records around again. This time it's with even greater feeling. It's past was built on an uncanny ability to pick up winners for distribution, now it's a label proper and it's started off in fine form.

I had joint albums of the year last year with Nick Piunti and Somerdale. Piunti's Trust Your Instincts was on Jem and lo and behold, Somerdale are now on the roster. This was absolute coincidence, I'd never spoke to Marty, so his label choices give me a lot of hope. That's reinforced with the release of the Brenyama album.


The four piece from Highland Park New Jersey have fashioned up a real fun pop album, very much set in the 60's and focusing on the joint vocals of husband and wife Richard and Maki Brenner. It's variation is underpinned by those vocals, separate or together.

The Maki lead vocals on songs such as Leaving For NYC and Get In The Groove are very Girl Pop, you can imagine a cast of hundreds twirling umbrellas around a pool. A Groovy Summer Pop feel that works really well.


The Richard lead vocals are far more 60's Beat / Merseybeat in their feel with a healthy dash of Organ, although Dreaming In Blue has far more in common with late 70's New Wave. All this sugar works really well, particularly when the vocals collide.

It gets even more interesting when it experiments a bit and there are glimpses of further development on the Psych Pop of Waiting For Godzilla and the duet on After All is a real poptastic closer. It may be that the title track is the song that gets the airplay which is Power Pop of the highest quality, like a jaunty version of The Cars, all riff.

This is a fine offering and with what Jem has coming up in future months, it is definitely a label to watch. You can listen to five songs from the album here. You can buy the album everywhere including the likes of Amazon or from the band's store here.

Posted by Anything Should Happen at 18:53

Email ThisBlogThis!Share to TwitterShare to FacebookShare to Pinterest
Labels: Brenyama