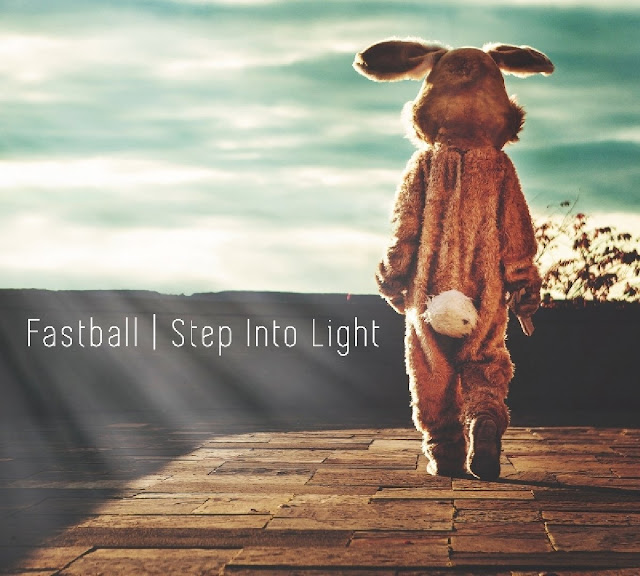 One of the more pleasing things this year thus far is the return of Fastball. The Austin Texas Trio are back with album number six after an eight year gap. Both Tony Scalzo and Miles Zuniga have both released excellent solo albums in the interim with My Favourite Year and These Ghosts Have Bones respectively, but it is fantastic to have the trio back with us.

Fastball are one of those classic examples of a band selling less albums as they got better. I suspect most in the UK will only remember them for The Way and the album that contained that mega single, their second album, All The Pain Money Can Buy. Well those who concentrate on great Pop will know that any one of their previous five albums is well worth the admission and Step Into Light stands up with anything that has gone before.


They've always come across as if they were a cross between Elvis Costello and Matthew Sweet and there's some of that here, particularly on Just Another Dream but there is so much variation here. All bases are covered, Lilian Gish is pure Psych Pop whilst the closer, Frenchy And The Punk is Vaudeville.

It's the melodic pop that they excel in though, Beatlesque on Behind The Sun, Jangly on Best Friend, New Wave Mod Pop on Love Comes In Waves, 60's Beat on Secret Agent Love. I Will Never Let You down reminds me of Del Amitri. Step Into Light is a stormer of an album, sing along songs that seem simple but repeated listens reveal far more complexity. Another excellent offering to add to their two decade plus canon. You should buy it.

You can buy the album as a download, CD or Vinyl everywhere.

Posted by Anything Should Happen at 19:34

Email ThisBlogThis!Share to TwitterShare to FacebookShare to Pinterest
Labels: Fastball