The Travoltas - Until We Hit The Shore 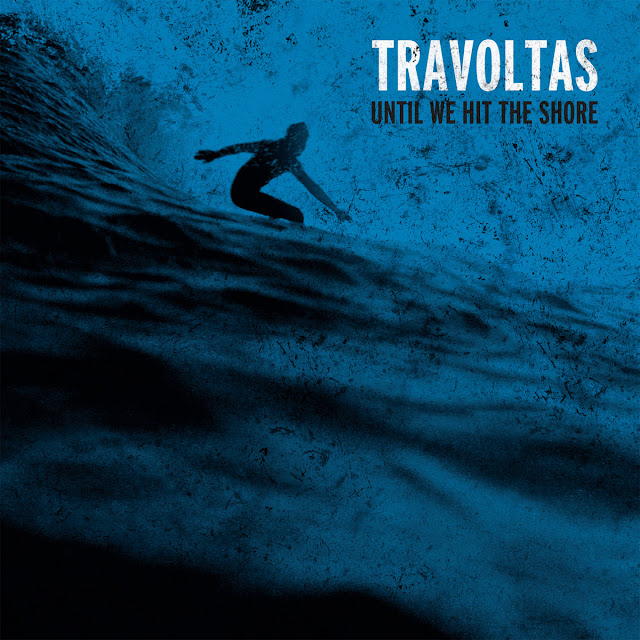 The sun is shining and so it seems only fit to celebrate the return of The Travoltas and their wonderful brand of Summer Pop. The Dutch Power Poppers split in 2006 and since the reunion EP of 2014, I've waited for the promised full length return.

Here is the resulting album and it's everything that you'd want it to be. The band were labelled as Pop Punk before it became fashionable and as the likes of Green Day made that genre something different, they got bracketed in with the surf pop gang. I suppose having a surfer on the cover emphasises that tag, but Until We Hit The Shore is far far more than that.

Yes, there are the Beach Boys comparisons with the harmonies, but it's more in the mould of The Legal Matters and The Explorers Club. You could easily compare them to rocked up versions of both those bands and that's a great compliment.

However, the likes of Sugar Thing are pure Glitter Band and even the harmonic pop of Dying To Do That With You end rocking up with a Power Pop Bridge Lead Guitar. Better Days has more akin to Brit Beat New Wave and the superb opener, Ain't That Enough ends with a great Psych Pop solo.

It wouldn't be a Travoltas album without an epic final track and this time it's This Can't Be Goodbye and it's a real anthem. There's everything here that any long established fan will love, no matter how suspicious people are of reunions, the past is acknowledged.

The real treat is that this will appeal far more to a newer audience. It's very popped up, those harmonies are more sparsely used but just as effective, the solos are crisp and the choruses are rampant. I've been so disappointed by so many returns that you end up wishing that they'd left well alone, not The Travoltas, this album is fine thing indeed. It's exceptional.

Posted by Anything Should Happen at 14:38

Email ThisBlogThis!Share to TwitterShare to FacebookShare to Pinterest
Labels: Travoltas