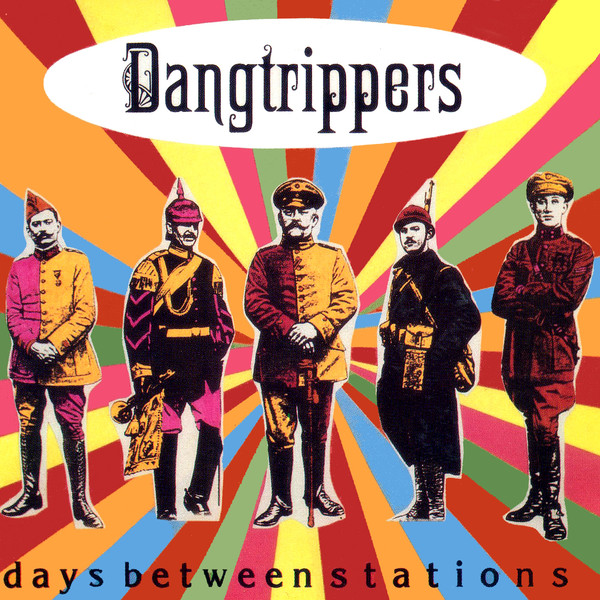 The reissue of The Dangtrippers' 1989 debut album is a most welcome thing indeed. So a big thank you to the marvellous Zero Hour Records. Days Between Stations is one of the great lost Power Pop albums.

Formed around Iowa's Devin Hill and Doug Robertson, the only surprise on Days Between Stations is that it wasn't produced by Mitch Easter. Devin Hill left after this debut and went on to establish a Power Pop Reputation bar none with the much lauded Stars and Wayout Lane. Doug Robertson was to record a second Dangtrippers offering, a bit harder than this debut, but he was still around to help out on the Hill solo albums.


On it's release, the band were lumped in with REM and you can see that on the likes of  Talk About Love, but there is far more to them than that. This is top notch Jangle Pop with dashes of Psych and it can be compared to a much wider spectrum.

Away from the REM, Teenage Fanclub and IRS comparisons, there's a real UK feel to it, very post C86 Scottish Pop and bands like The Mighty Lemon Drops and The Milltown Brothers spring to mind. It certainly doesn't rest on it's laurels. There's even hints of Squeeze on Someone New.

If you like your Power Pop to Jangle and Twang but want a bit more than the norm, Days Between Stations is for you. If like me you've coveted the original release and are just overjoyed to get 9 Bonus Tracks, most of which would be impossible to find, then you;ll be delighted too.

Also a big shout out to George at Zero Hour for his long standing service to great Power Pop. The follow up album from The Dangtrippers has just been released and you will have a review on that in the near future.

You can buy the album here for the bargain price of 12 Australian Dollars and see the rest of George's releases that are ripe for purchasing.

Posted by Anything Should Happen at 16:20

Email ThisBlogThis!Share to TwitterShare to FacebookShare to Pinterest
Labels: The Dangtrippers