Life On Mars - The Resurrection Of Ants 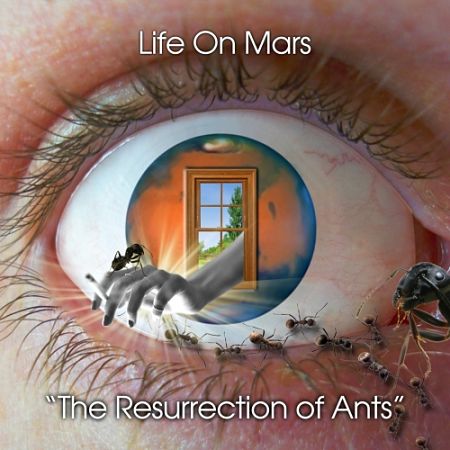 Life On Mars is the collaboration between New York Singer Songwriter, Earl Kayoss and Fernando Perdomo. Aided by Durga McBroom and Ruti Celli, the band have fashioned up one of those great 70's Classic Rock albums.

Kayoss's voice pitches somewhere between Roger's Daltrey and Chapman and it's when The Ressurection Of Ants rocks that the album is at it's best and particularly suited to his voice. Perdomo's guitar is outstanding throughout, riffs all over the place, he certainly lets loose.


Fernando Perdomo has had an astonishing year and now he seems to be a go to producer and sidekick. His work on the Cait Brennan and Gretchen's Wheel albums are just two examples of how great he can be.

I'm Alright is a real rock out, constant tempo changes that compares favourably with a lot of the US Stadium Rockers of the late 70's. The Guitar solo on I Can Save Your Planet is a revelation and the female vocal on Technology reminds me of Maggie Reilly and has a wonderful Ruti Celli Cello addition.

Get Real takes you back to the Marquee in the late 60's, a real blues rock treat and Kayoss's voice sounds Peter Gabriel-ish on Either Way. The ballads don't always work, they get a bit clunky and may be more suited to Fernando Perdomo's voice as on Crying Time, which sounds so Alan Parsons Project.

The album is a little long at 64 minutes, but this is a minor and regular gripe of mine. The Ressurection Of Ants is a cracking listen though and Perdomo's guitar is up to 11 which is exactly how it should be. The album is well worth your money.


Posted by Anything Should Happen at 20:35