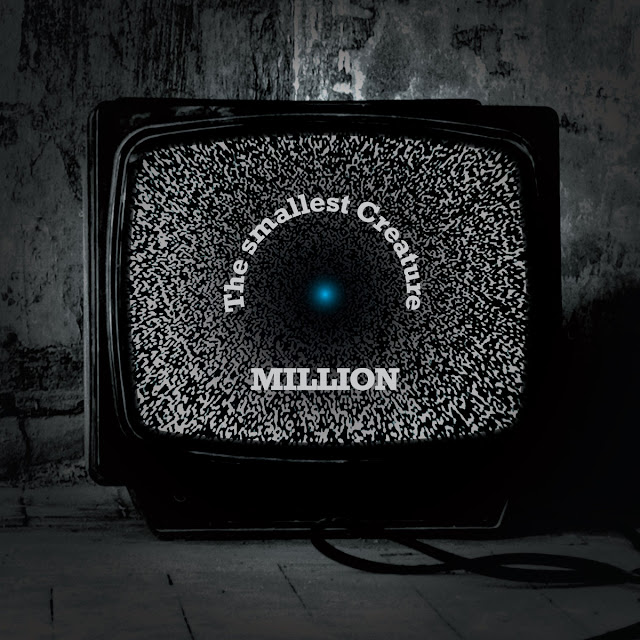 People seem to think that I am on the hunt for new artists 24 /7 and spend every hour listening to new stuff in a sort of Music Foreverland. Whilst this is partly true, the success of IDHAS means that as well as receiving a lot of stuff, I'm also recommended plenty too. The Blog naturally generates this and it's wonderful. The policy of only reviewing things that I truly like means I listen to a lot of albums and the majority are mediocre.

I mention the above because I discovered The Smallest Creature via Music Submit. This is a US Internet Music Promotion site. I've been a member for quite a while and there has been the odd thing that has really perked my interest. The music that was submitted to me was generally not my forte, I do mine a Power Pop / Pop Rock department that isn't really the mainstream. However lately, there has been some fantastic stuff, I don't know if Music Submit has latched on to my tastes through the years or that it's drawing in a new set of fantastic artists. Whatever it is, it's working for me.


The other joy about I Don't Hear A Single is that it's like a worldwide tour and today it's Cyprus. The Smallest Creature are Cypriots and Millions is an absolutely stunning. It's really unusual to hear an album that isn't like everything else around. It's fair to say that there has been a spell where so many wanted to be Teenage Fanclub or Nada Surf. The band are neither.

The beauty of this album is that it encompasses so many of the influences that make up my music collection. The trio will get compared to Muse and Radiohead, but it's the better earlier elements of those bands not where they are now. The latter without the disappearing up it's own backside, think The Bends and the former when they hit a melodic riff without all of the space age nonsense. This is most prevalent on the magnificent, Copenhagen, a real brooding gem of a song.


There are moody prog overtones on the album, particularly on the opener, High Low You, but they are really melodic, Porcupine Tree melodic. There's a real groove to the whole album, the melody tends to be in the lyrics. Solos are kept to a minimum, when songs do break out, it's in an understated way. Very mid 90's ish and nods to the likes of Mansun and Stone Temple Pilots.


It's really hard to pick out a favourite song here because Million is very much an album. I suppose that the three tracks that I've selected here are what I consider the best. Vanity Vote is my overall choice, it contains a gripping riff. I feel the same about The Smallest Creature as I did when I first heard Porcupine Tree and my hope is that the band provide has much enjoyment over coming years.

The album is a corking listen. One that has completely caught me by surprise. Not too many are mining this territory at the moment and that's just one of the reasons that I love this so much. Considering this is a debut album, it's stunning, beautifully produced and incredibly worthwhile.


You can listen to Million here and then buy it.


Posted by Anything Should Happen at 11:57

Email ThisBlogThis!Share to TwitterShare to FacebookShare to Pinterest
Labels: The Smallest Creature