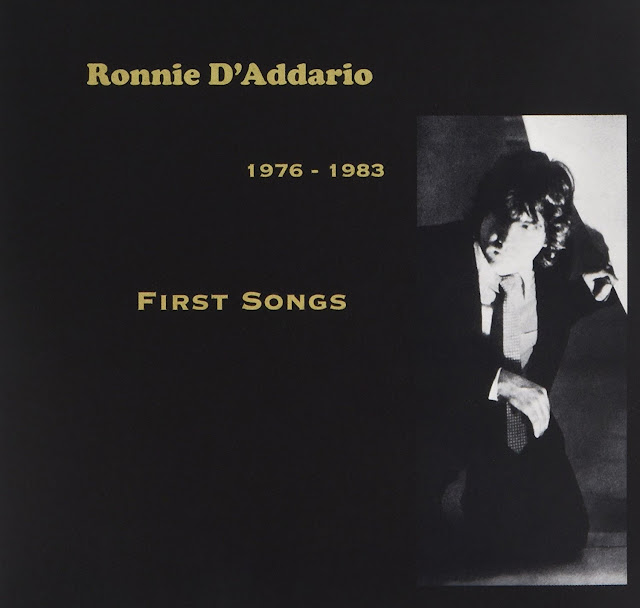 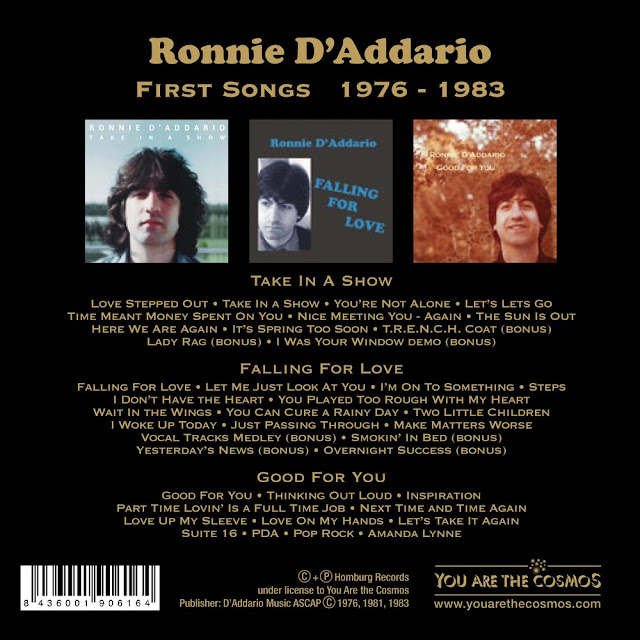 Oh how I love lost albums and generally they fit in to the Pop Rock department. Pedro Vizcaino's You Are The Cosmos label is on a par with Sugarbush Records for bringing great music to the masses, usually of course via vinyl.

You Are The Cosmos branch out into CD as well with the Ronnie D'Addario release. As well as a Vinyl Best Of with 12 songs, there's this wonderful 3 CD set of his first three albums with 7 Bonus Tracks. The surname should be familiar, he's the dad of the Lemon Twigs brothers.


The New York youngster discovered the guitar on seeing The Beatles on The Ed Sullivan Show and a career in music beckoned. He's also considered himself a songwriter first and foremost and the final album amongst this collection was a set of songs, basically recorded to provide songs for other artists.

1976's Take In A Show is the album that is most in my Pop Rock territory. Definitely in the mould of Jigsaw, Gilbert O'Sullivan, Emitt Rhodes and John Howard. Beautifully arranged and sung. The stand out song is the Beach Boys like Time Meant Money Spent.


1981's Falling In Love is similarly great, the vocals are even stronger and although the comparisons remain the same, there's the added similarities to some of the better pop of UK's New Wave. The Piano led title track is a gem, but the stand out is the jaunty harmony led, Just Passing Through.

1983's Good For You still highlights his splendid voice, but the songs aren't as strong. It's trying to do a bit too much and this doesn't always work. The performances are stronger than the material. A lot of Pop Rock of the time sounded like this, it seemed a bit lost in what was all around it.


This is a fantastic 3 disc set. All credit to You Are The Cosmos for making it available. At 19 Euros for the 3 disc set, it's an absolute bargain. You can buy this excellent collection here.


Posted by Anything Should Happen at 22:06