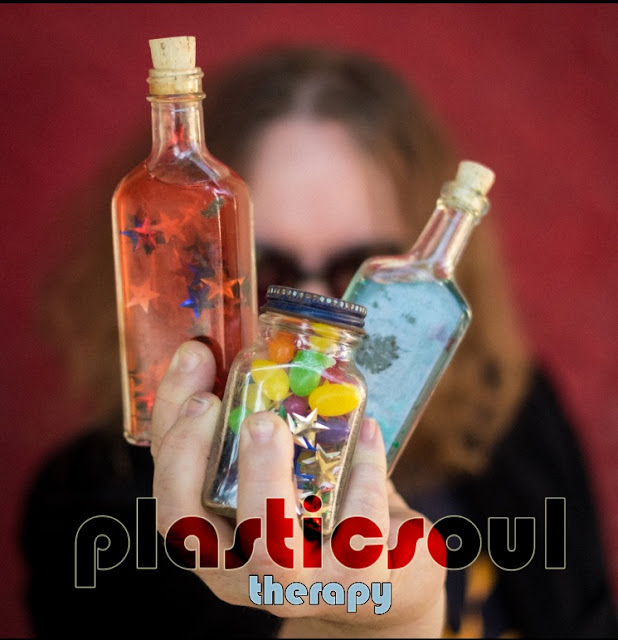 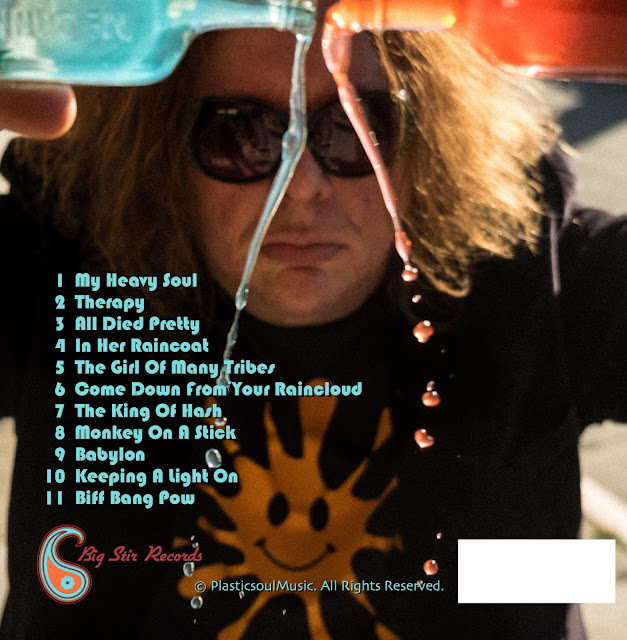 It seems awfully quiet here since the Big Stir lot have returned to their shores. Even though we seem to be enjoying Californian weather at the moment, the place has a feel of After The Lord Mayor's Show. So it seems like as good a time as any to reflect on the magnificent new Plasticsoul album, released on the fledgling Big Stir Records label.

It's been eight years since Peacock Swagger, a long wait, but the good news is that Steven Wilson has moved things on apace. He's still there on the heavier side of Power Pop, but Therapy is even more focused, sort of putting the Rock into Pop Rock.


This is a real rock out, wonderfully melodic, but with balls. Although the opener. My Heavy Soul, doesn't prepare you for the guitar fest that is to follow, it's a momentum building brood, beautifully arranged and not what you'd expect to open such a rollicking listen.

The title track starts as though it's The Who and then gets all Cheap Trick. All Died Pretty is Tom Petty with a snarl, In Her Raincoat is all jangle. The Girl Of Many Tribes is a Bossa Nova jaunt, Come Down From Your Raincloud is all 70's Glam.


Too many Blogs and Magazines still live in 1994. They still think Brit Pop is relevant and think it was all about Blur, Oasis, Pulp and Suede, forgetting how much dross there was and that the more interesting part of it was the stuff in between. The best thing that came out of Brit Pop was after it had ended, very much like New Wave after Punk. The likes of The Supernaturals and Straw. If it was those times now, Plasticsoul would be in that post Brit Pop pack.

The King Of Hash is late Lennon Beatle Pop, Monkey On A Stick leans towards late 60's Garage and Wilson discovers the Maharishi on the trippy, Babylon. Keeping A Light On is pure Alex Chilton, whilst Biff Bang Pow ends proceedings with the Power Pop I love and know. In fact I think I'll adopt the title as a motto. A fantastic end to a fantastic album.


Therapy is a storming affair. It shows the many shades of Steven Wilson's Plasticsoul. There's so many layers. This is a really cohesive album and here's hoping it's far less than eight years until the next one.


Posted by Anything Should Happen at 16:39

Email ThisBlogThis!Share to TwitterShare to FacebookShare to Pinterest
Labels: Plasticsoul