The Sunset Spirit - From The Top 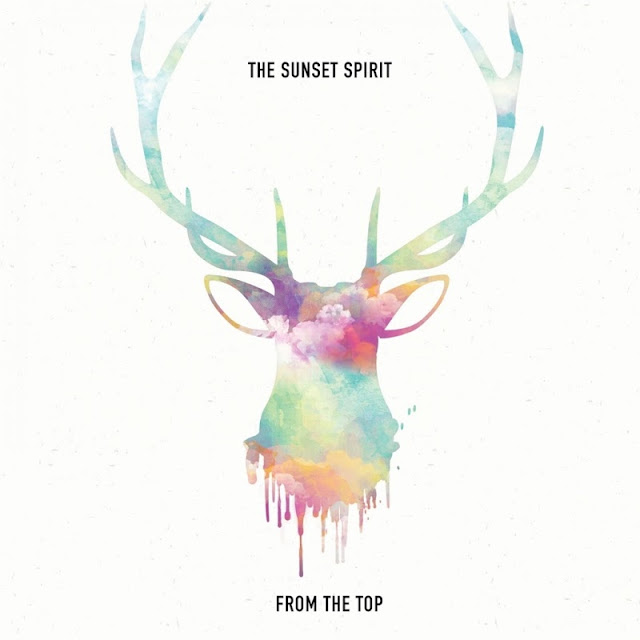 You know that feeling when you are listen to an album and feel really smug. That winning 25 quid on the Lottery feeling when it doesn't make you rich, but you want to tell every one. Well my good fortune is completely chancing on the debut album from The Sunset Spirit. They tick a lot of my boxes.

I've been talking a lot about the tradition of great Pop from Scotland recently, well The Sunset Spirit are from Fife. I've also been bemoaning the lack of great Indie and Power Pop coming out of the UK, well From The Top is certainly an exception.

Finally, I have this urge every Summer to find albums that make you appreciate the season. I couldn't tell you why, it's just the custom. From The Top is one of the best Summer Pop albums I've herd in ages. It's a real sit in the garden album.

12 songs in 44 minutes and you get sad when it ends. There's plenty of comparisons here, but all roads lead to Pop. Ain't No Game and Just Jenny are Country tinged but in a way that Squeeze do Country, sort of Labelled With Love.


My Own Way has a 60's beat backdrop, but morphs into great late 60's California Pop. No Time Today and Youth Of Today remind me of the Scouse Pop of The La's and Cast if they had a keyboard player. You'd expect there to be a TFC comparison, especially with the Scottish connection and you have it with Can't See The Clouds For The Sun.

Stand Tall is all Bluetones or even The Monkees, but the stand out song is To Have It All and having not thought at all about next Friday's Radio show, I now have my opening song. From The Top is probably the best Pure Pop album that I've heard this year. Double Points because it's come so early in The Sunset Spirit's career. Excepting the lyrical depth of Chris Difford, this lot could become the new Squeeze.

You may be able to buy this elsewhere, but Amazon have it available for download at just over 6 dabs here. An absolute bargain!!


Posted by Anything Should Happen at 20:44

Email ThisBlogThis!Share to TwitterShare to FacebookShare to Pinterest
Labels: The Sunset Spirit