Andrew Taylor - From The Outside Looking In 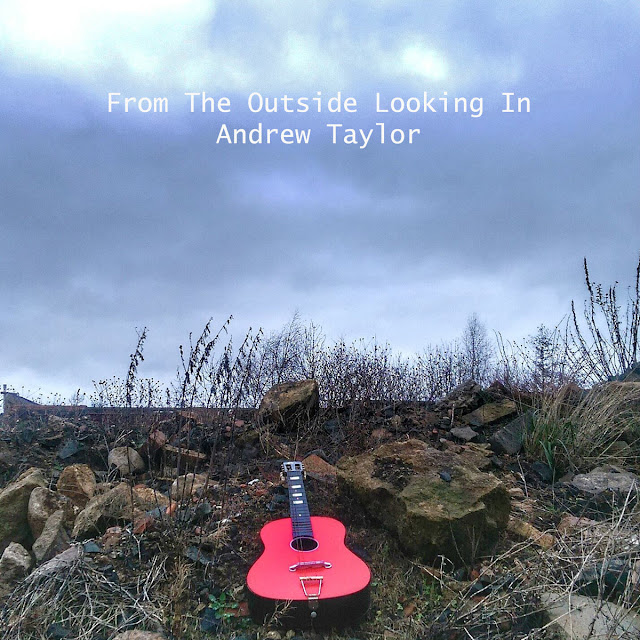 One of the great mysteries of my musical sphere is why Dropkick don't get more attention. Their brand of Jayhawks go Power Pop is always an excellent listen, yet album after album seems to go unappreciated by the great unwashed.

The Scots seem to have a larger following in the likes of Spain than what you would think is the more fertile ground of the UK and America. They are very much in the Teenage Fanclub and Daniel Wylie field, but despite every album being highly listenable, name checks are few. Last year's Balance The Light was a cracking offering.


There is a new Dropkick album nearing completion, but in the meantime Andrew Taylor steps out into the solo spotlight gathering songs that haven't made Dropkick albums over the past 15 years. He plays everything and it's a cracking listen.

From The Outside jingles and jangles to great effect, in fact it reminds me a lot of Grand Prix era Teenage Fanclub. I think followers get used to my criticism of front loaded albums. This is an album that gets better and better as it progresses, rocking a bit more track by track, but gently of course. The last three songs are probably the strongest on the album.


I Saw You has a great TFC jangle, In Their Shoes sounds like something off Tomorrow The Green Grass. Someone moves along at a swift pace, stressing the melody of these songs. Stories is wonderfully brooding and features some lovely mandolin, an instrument not used enough on songs.

It's those last three songs that make the album though. It's at it's best when the songs are faster. Couldn't You Call? is a bit Matthew Sweet, Standing Still is a real Windows Up, Long Drive joy and Can't Clear My Head ends in almost Eagles mode. I've decided that Andrew Taylor can join my North Of The Border Supergroup with Daniel Wylie and Norman Blake.


Posted by Anything Should Happen at 14:31