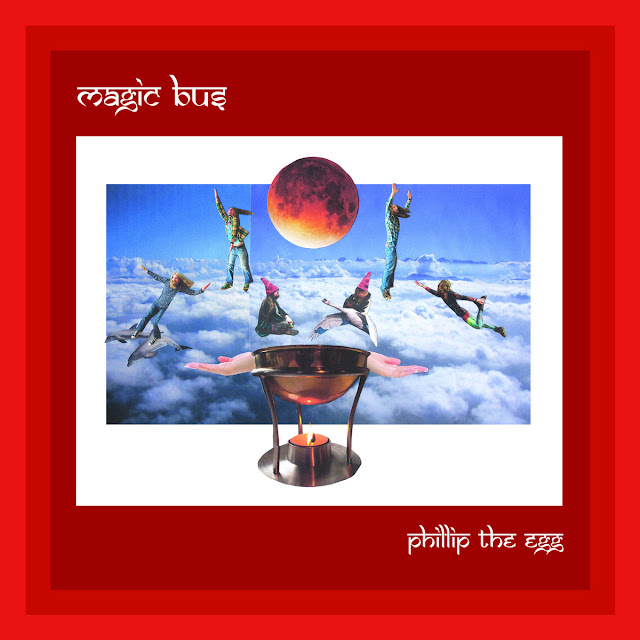 Most who know me know that I like a bit of Prog, well quite a bit of the stuff. I'm not talking Billy Sherwood type Prog, which to me is just three minute songs with lots of over produced solos. I mean well constructed songs with tempo changes that work if they are 3 or 10 minutes long. You know when it's bad Prog because you lose interest half way through a song.

Totnes's Magic Bus's third album is a captivating affair. They've been lumped in with the Canterbury scene and at times, Caravan. I can see the comparison, but they are not as po faced and certainly more melodic than Caravan.

The arrangements do lend themselves to tempo and time changes, but these are never obvious and each passage swiftly moves into the next. I don't see Canterbury either, there is the odd hint of Kevin Ayers, but Magic Bus are like a more melodic Camel. They aren't as commercial as say, Big Big Train, but they aren't as tedious as Henry's Cow can be.


There are hints of early Rush if they had an Organ at times, particularly Caress Of Steel era. The approaching 9 minutes of the opener, Mystical Mountain, is at long as any song gets and that doesn't feel as long as that.

Trail To Canaa sounds very Gabriel Genesis and the flute does make you think of Jethro Tull without the nonny no. But Distant Future is really melodic with some wonderful Guitar. Yantra Tunnels is a great closer, a splendid thing, when everything seems to come together around a great riff. There's a real Hippie feel to the album and Magic Bus could yet bring Prog to the masses.


Posted by Anything Should Happen at 20:37