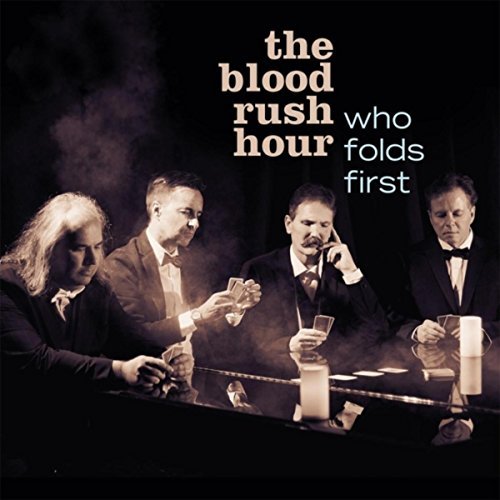 The Blood Rush Hour's third album develops Robert DeStefano's brand of Pop Rock further. And Then.... The Unthinkable Happened, the previous album. was great. This trumps it. There will be obvious Jellyfish and Beatles comparisons, but there should be greater thought in these comparisons.

The stock feel is very much Mid 70's Pop Rock and if there is a Beatles tinge, it may be more Rutles, because DeStefano's way with a song is far more Neil Innes than Paul McCartney. His vocals are a bit Colin Moulding, particularly post XTC and there is also a modern Prog overtone. It's a bit like 10CC playing a bit of Prog though.

This is a really clever melodic album and it's nice to see Christian Phillips involved on the album, someone who seems to sprinkle a bit of gold dust on everything he touches. That Beach Boys like Wall Of Sound is very similar to The Explorers Club, particularly on The Space That We Have.

The album could have fallen in to the trap of a lot of Pop Rock albums in descending into an easy listening vibe. but Who Folds First is so damn tuneful and clever that it avoids that. God's Wall could be Buggles Era Yes,

There's also real wit, New Country is just that, but more like Costello does Country. Find Another Russian Dancer could be Alan Parsons Project or John John Miles. In Between Time could have been on ELO's Secret Messages. What Does It Take reminds me a lot of The Legal Matters.

Even allowing for the clever Doo Wop Harmonies on No More Excuses which lead into a real Pilot like riff, my favourite song is I'm The One, a wonderfully jaunty affair with it's piano solo. I Do Hear A Single (ha ha) there. There's some great great Pop and Rock coming out of South Wales lately. It must be something in the water.

There aren't a lot of songs from the album around the net to listen to. The You Tube links are also removed. You can take my word for what a great album it is and if I get any links, I will update the post. In the meantime you can listen to 30 Second Samples on Amazon here. You can also buy the album here.


Posted by Anything Should Happen at 16:26

Email ThisBlogThis!Share to TwitterShare to FacebookShare to Pinterest
Labels: The Blood Rush Hour