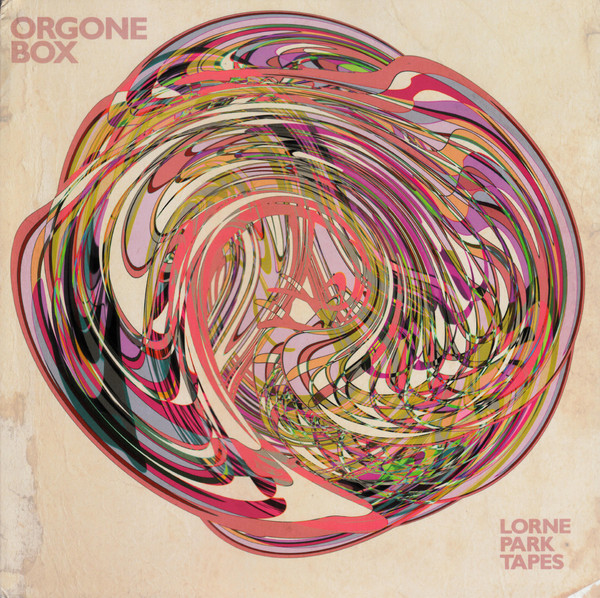 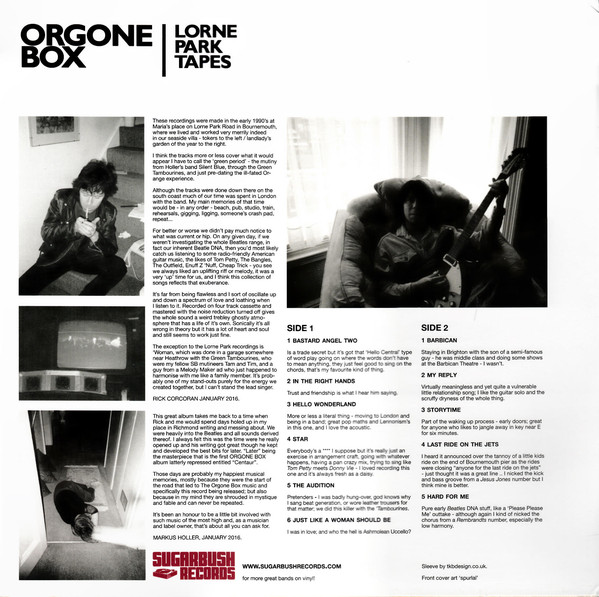 Just before IDHAS appeared on the net, Sugarbush released this gem. Orgone Box's debut album remains in my Top 10 albums ever. A fantastic mix of Psych and Lennon Pop that enables you to hear something you hadn't noticed, every time you listen to it.


So few have come near to the excellence of that self titled joy, despite Psych Pop getting more and more acknowledged, nothing has the charm and sheer melody of it. Cotton Mather come closest. So it's fantastic to have this collection available.

The Lorne Park Tapes were Four Track Recordings fashioned in Bournemouth between 1992 and 1995 before the release of The Orgone Box. Whilst obviously a bit lo fi, these are wonderfully constructed songs.

The jingle and jangle and latter day Beatlesque harmonies are all present. Any of these songs would have been at home on that debut. Hard For Me is pure Power Pop, Star is all mood, In The Right Hands is Merseybeat.

All 11 songs are a pleasure to listen to, a bit more straight ahead pop than what followed. Last Ride On The Jets is the stunner, another of those Psych gems, he writes so easily. We keep hearing of new Rick Corcoran Recordings, to no avail so far, here's hoping soon.

This is yet another fine release on the magnificent Sugarbush label. Markus Holler, the SB Head Honcho, spent time in the band and was usually around the scene. It may be this connection that has got these songs released. We should just be thankful that they are in the Public Domain.


Posted by Anything Should Happen at 17:46