The Beths - Expert In A Dying Field 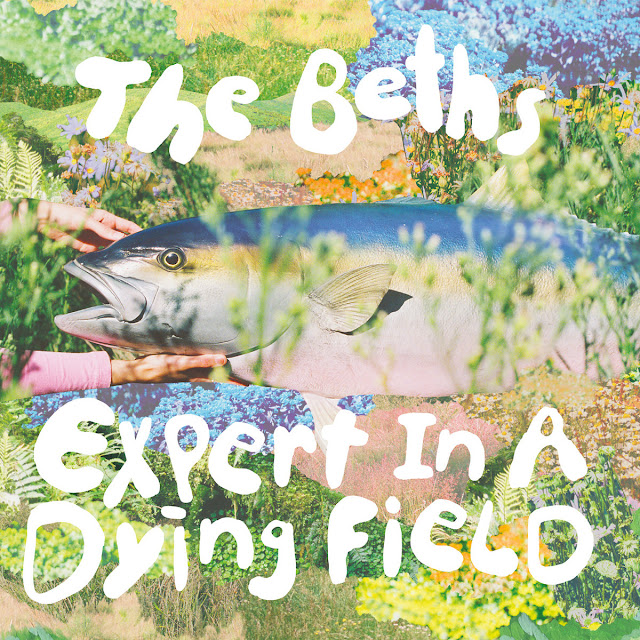 The Beths are a much bigger band than we generally cover on I Don't Hear A Single. That is not to denigrate those who appear, but few have 24,000 Facebook followers and what we are about is making the new and underappreciated that little more known. Many move onto bigger and better things and get support from bigger places than our little homestead here.

The New Zealand quartet offer their much anticipated third album and it is a cracker. I don't normally read other reviews before I write. I only look at the PR for details on the band, not the bits where I'm told that the band invented music. Usually there aren't too many about to compare, but that is different with the coverage that The Beths get.

I was a bit dismayed when I read a host of the reviews. There is no doubt whatsoever that Elizabeth Stokes is a magnificent songwriter, able to express in words about her thoughts and emotions. I also knew the album was about a breakup because the PR told me so, but that is where all these reviews became tedious.

Virtually every written piece explored every song to show how the song underlined the feeling of a broken relationship. That's fine as a general review, but song by song??? I want primarily to know about what writers think about the song and the album, you know, the music. I don't want to read the thoughts of an amateur Psychologist or even worse, how you were affected by something similar.

I was especially interested in the songs as I have to express a slight disappointment with the last album, Jump Rope Gazers. It was far better than most around, but it seemed darker and slower meaning the joy of that debut album was hidden.

Indie is still very male dominated and so a female fronting a band gets ridiculously judged on her appearance and attitude. Such bands are expected to be fronted by someone too shouty or too dreamy and twee. Males are just not judged in the same way.

Thankfully, Expert In A Dying Field is back at what The Beths do best. Despite the lyrical soul searching, there is a real feel good vibe to the music and the variety is enormous. The opening title track is a monster of a song. Stokes sounds like a folk singer in a Rock band on a number that is far more restrained than openers usually are.

If The Beths were a Power Pop band they would have dove in with the Head In The Clouds. an up and at 'em affair. The fact that the band went with something more restrained tells you all you need to know about them.

When You Know What You Know has a splendid jangle to it, whilst 2 AM is wonderfully atmospheric and moody, big sounding and has a gentle Psych vibe about it. Silence Is Golden has a real Indie, almost Punk, feel to it and Knees Deep is all angular with probably the best chorus on show here.

A special mention must be made for I Want To Listen a really poptastic joyful affair showing that if you want Pop, then The Beths can provide it. There are also some fine arrangements, unusual at time, understated when they need to be, but ready to burst out at any given opportunity.

This is also proof that The Beths are not just about one person. The singer will always get the bulk of the attention, especially when she writes the lyrics, but this band are a sum of their parts and some of the accompanying Backing Vocals are top notch. Highly Recommended!

Posted by Anything Should Happen at 19:20

Email ThisBlogThis!Share to TwitterShare to FacebookShare to Pinterest
Labels: The Beths