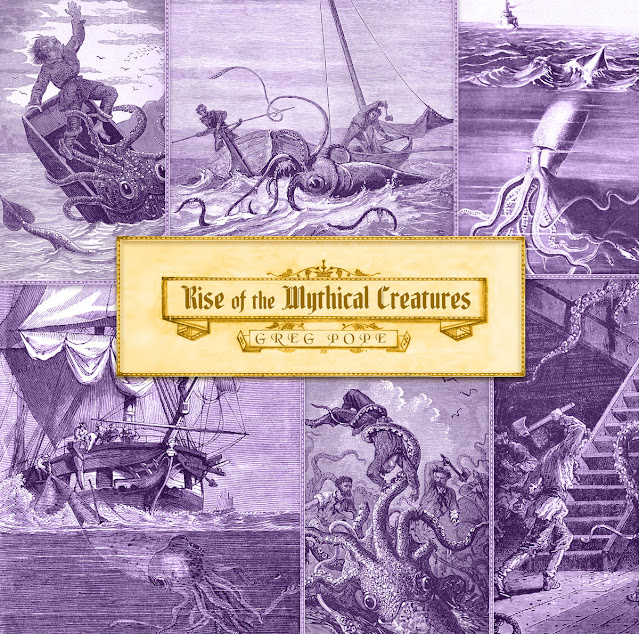 People looking at the title and cover of the new Greg Pope album would be forgiven for thinking this is a Prog album, not a bit of it. Regular IDHAS followers will know how much we admire the man. He never ever releases an ordinary album. You can read past album reviews on here and you will get a flavour.

Pope specialises in Pop Rock of the highest quality, but just calling it Pop Rock does no justice to how splendid his albums are. Inventive is an over used word, but it is more than applicable here. He seems to have a sound that is his own, highly melodic, chorus heavy, but uniquely him.

The heart of these songs is great Guitar Pop that others may do just as well. But it is the twists and turns, unexpected changes of direction, unusual angles, surprise outbursts, big harmonies, yet there is still that gentle melodic voice keeping it all in check.

However, Pope can be straight ahead great. Internet Radio DJ's should be rushing to play something as straight as Sorry I Wrote This Song and the closer, Traditions is a real 70s "come and join us" sing along pop gem.

I could've gone for one of those two songs for the current IDHAS 10 Song Mix, but I wanted something that explained Pope more aptly. Words No One Can Say is that song. Incredibly catchy and melodic, a big chorus which is very different to verse, big harmonies, then a Guitar wig out.

Smile, Nod And Slowly Back Away is insane. How do you fit so much into less than 3 minutes. Essentially Glam Rock with a Guitar solo that becomes Queen like. It feels like there's three or four songs in one. It is a wonderful creation.

Valley High is timid in comparison, but just as effective. With a Monkees like chorus, it is catch all and what a killer riff. Backwards Through A Door has a cracking little Jangle about it, yet Savior Of The Local Rock Scene is more of a Rock Out and still changes into something else completely half way through.

All 10 songs are worth their inclusion and give some indication of the breadth of Pope's ability. I'm not one for saying every new album by an artist is their best yet and Greg Pope certainly sets the bar high, but this is certainly up there. Absolutely magnificent!

Posted by Anything Should Happen at 17:33