Drew Beskin & The Sunshine - Somewhere Sideways Same As You 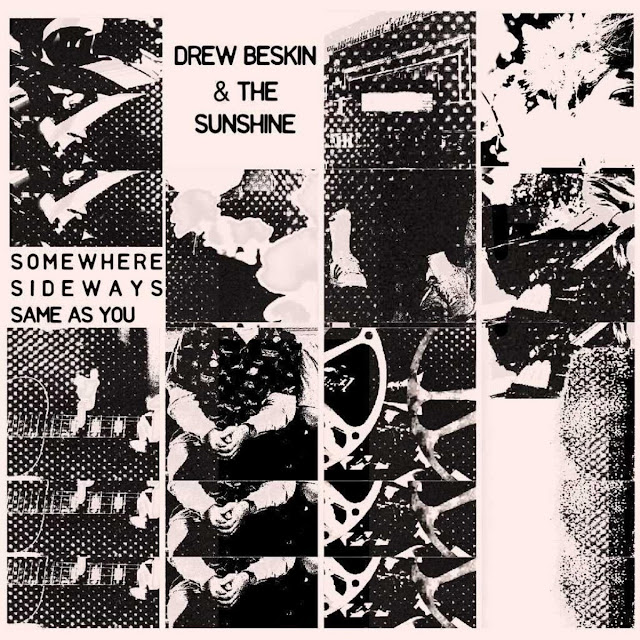 When I covered Drew Beskin's previous album last year, I mentioned that he heralded a return of the intelligent Singer Songwriter. That album, Problematic For The People, was in the IDHAS Best Of Year, deservedly so. You can read the review here.

Since then he has been as busy as ever in numerous projects such as the Cowboy Curtys album, which I reviewed earlier this year and he now has a band and here are the first results of their efforts. It is a corking listen, would there ever be any doubt that it would be?

When a talented solo Singer Songwriter adds a band, it doesn't always work, it can be something way out to prove a point or normal business resumed with a much wider sound. This really feels like a collaborative band album whilst showing the best and brilliance of Beskin's writing.

The 11 songs were recorded across 11 individual days and the addition of Tommy Trautwein and brothers, Elijah and Gideon Johnston has provided a wonderful Indie recording. Melodic memorable songs that aren't afraid to take chances and different avenues.

The albums that I enjoy take unusual twists and turns, a song is never ordinary, unexpected sounds. The type of album that does just that. On first listen you think Wow that was different and put it on again. These direction changes never seem an obvious attempt to be quirky, they are just inspired.

Pear Plum Blues is a superb out and out upbeat rocker with a hypnotic riff that keeps kicking in. Spoilers is jaunty sunshine piano pop with 60s vocal harmonies. The title track is West Coast joy, whilst My Time In The Country is laid back  70s harmonic pop and The Mystery Of Being A Boy is almost Country.

Not If But When is an unusual opener, slow, low key, harmony laden not giving any indication of what is to come and Horror Movie Plot is splendidly moody, almost lounge. Lisa Simpsons Fangs may be a strange song title, but is just as gripping as all on show and has a great breakout ending. Somewhere Sideways Same As You is a crackerjack of an album. Highly Recommended!

You can listen to and buy the album here. You can find out more about Drew Beskin here.

Posted by Anything Should Happen at 19:32