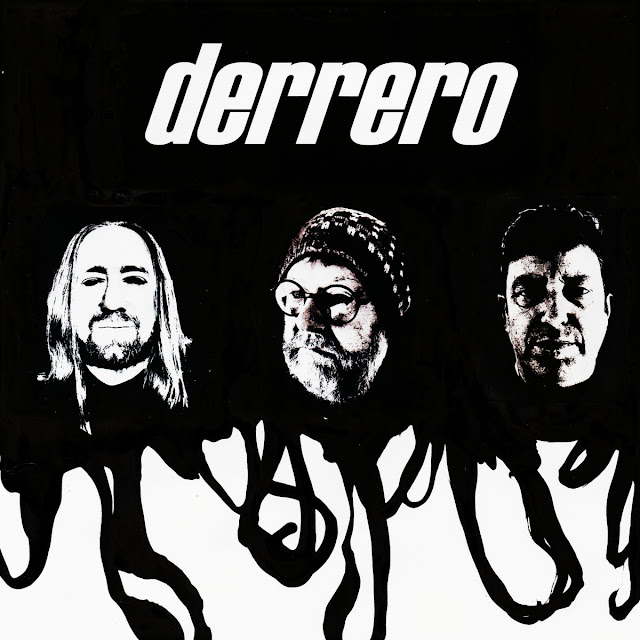 I have mentioned recently that the Welsh Indie scene is experiencing a fine renaissance. There are examples that we have covered and more to come in future weeks. Derrero have been with us a while, since the days of Brit Pop, although they were never really part of that scene, but maybe rode on the back of it as proper band gigs came back to the fore.

Away from the wannabe Kinks and Beatles lot of the period, there was a great pop sensibility around the edges and that is where the band resided. Perhaps not as directly pop as then, but probably even better in maturity, Derrero have released their new album and it is special.

The last album, Time Lapse was runner up in our 2020 Best Of Year 100 and the following year, Mick spoke to Ash Cooke at length about the band's career. That interview was very popular and could be the best ever of Mr Dillingham's IDHAS output. You can read that interview here.

So what of Curvy Lines? At its heart is gentle soothing Pop, tastefully done with plenty of the band's trademark quirks, subtle departures in individual songs. At times it edges towards pastoral psych pop, never losing sight of the melody. I suppose you could sum the album up as delightful.

Derrero haven't lost their edge, Numbah Wahnn is incendiary, a sort of Park Life meets Zappa and that continues on Salamander. Crease In The Flex is a splendid mix of Psych and Prog and Flex has a real Country Twang to it.

Leaves On The Wing contains some great Fuzz Guitar and High Side is wonderfully angular. But it is the gentleness that most appeals. It washes over you in a soothing satisfying manner that leaves you at ease and wanting more.

The superb piano pop of Ancient Names, the dream pop of Internal Dialogue with its ace synth run and the sunny skies, picnic by the river feel of Destinations Unknown reveal a band at the top of their game. 26 years on and Derrero are a band that just keeps on giving.

You can listen to and buy the album here. The band's back catalogue can be listened to and bought here.

Posted by Anything Should Happen at 16:57

Email ThisBlogThis!Share to TwitterShare to FacebookShare to Pinterest
Labels: Derrero