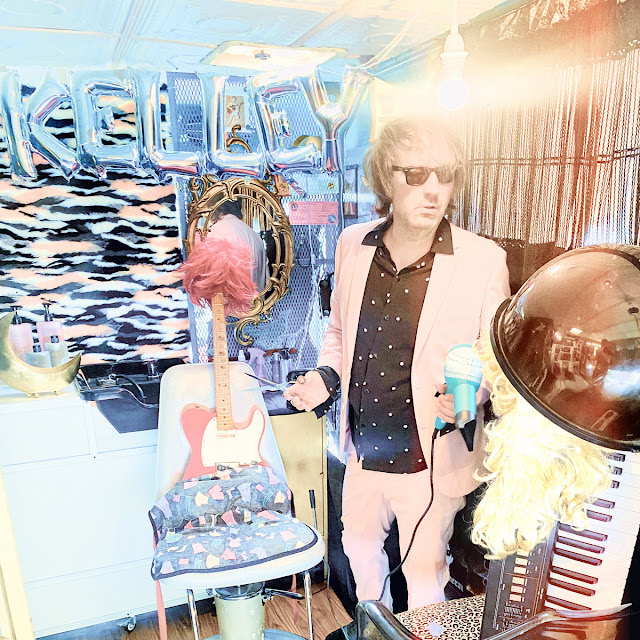 Sometimes there are so many great new artists around that I Don't Hear A Single forgets the underappreciated part of its remit. One such example is San Francisco's Kelley Stoltz. This is 17th album since the 1999 debut, The Past Was Faster.

Yet he still seems largely unknown or ignored in his native country. The reissue of 2001's Antique Glow helped shake a few and rightly so for it is an exceptional affair. In fact everything Stoltz releases is quality and yet he remains a secret to so many.

He is seeming to get more recognition over here after a lengthy UK Tour in July, but there is a long way to go and this may very well be the album to slow burn. It is a real treasure trove of variety and seems to mark a step change.

Stoltz has always been a bit maverick and keen to invent in a very Indie New Wave kind of way as say Todd Rundgren and that may be why the quality of the songs are often overlooked. People notice the direction of the instruments rather than the fact that we have a classic Singer Songwriter in our midst.

The Stylist walks down different avenues at times. There is still plenty of evidence of the Indie 80s Pop Rock artist that loves the Pop of the 60s, but more targets are aimed at. There seems a bigger amount of keyboards, particularly synth riffs and piano led affairs.

In The Night is very The Equalizer 80s, but also seems to want to be Andrew Gold. Is There Anything Better Than This, Babe? is more than a little like Ray Davies with a new synth. You Had To Be There is Lounge and We Grew So Far Apart is splendid Psych Pop.

Wrong Number is Dream Pop, yet Plants goes all Berlin and is incredibly hypnotic and Wings gets Bowie and Belew. It's A Cold World goes all 60's West Coast harmony and then Steve & The Rats relies on just that one line. Change is a real earworm.

You can listen to and buy the album here. The CD has four bonus tracks that are not on the Vinyl or download. You can find out more about Kelley Stoltz here.

Posted by Anything Should Happen at 20:39