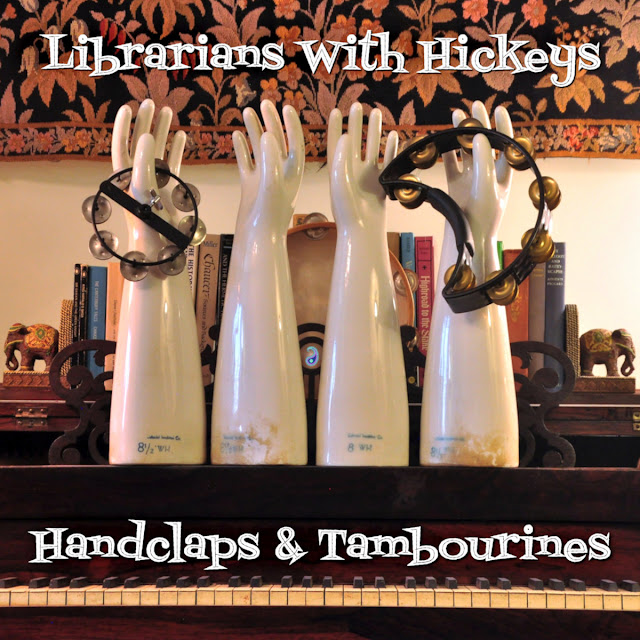 The new album from Librarians With Hickeys has been eagerly awaited by many of my peers for quite a while which is quite unusual for a Pop Rock album. Certain Reviewers just want to be the first to get an album or the first to review it, but generally the buzz starts much closer to the release. So what makes this band and album different?

I will try and tell you. There is nothing ground breaking in what they do, they just do it so well. In a genre that can try to bewitch you with Beach Boys style harmonies or offer up riff after riff to rock your socks off, the band just concentrate on writing and performing great songs. Bit by bit they gently grab you and you find yourself washed away in a soothing river of wonderful melodic tunes.

Teenage Fanclub's recent output has the same effect, even though LWH are nothing like them really. The quartet give the impression of having been around forever. You have to convince yourself that is only their second album.

A song like When We Were Young is so worldly, but so beautifully done. Ghost Singer is one of the songs of the year, very West Coast 1967 with a splendid Jangle and a Byrds like chorus. Handclaps & Tambourines offers up a fair bit of Jangle, but unlike other bands they don't rely on similar-ish songs to display it. Often it is understated as much of the material here.

I Better Get Home is all Farfisa with overtones of Psych Pop, yet is still essentially UK Beat Pop. Lady Overdrive is probably the noisiest they get and is very New Wave 1979, yet I Can't Stop Thinking About You is very Carnaby Street. The Last Days Of Summer comes close to Baroque Folk with some fine Violin, courtesy of The Armoires' Larysa Bulbenko.

It is slightly unfair to single one person out as the band arrange and perform so well together and are such a collaborative team, but Ray Carmen's vocals are top notch. Handclaps & Tambourines is an album to be listened to from start to finish and I guarantee that your day will feel better.

Posted by Anything Should Happen at 19:39

Email ThisBlogThis!Share to TwitterShare to FacebookShare to Pinterest
Labels: Librarians With Hickeys