Cosmo Sheldrake - The Much Much How How and I Deluxe Edition 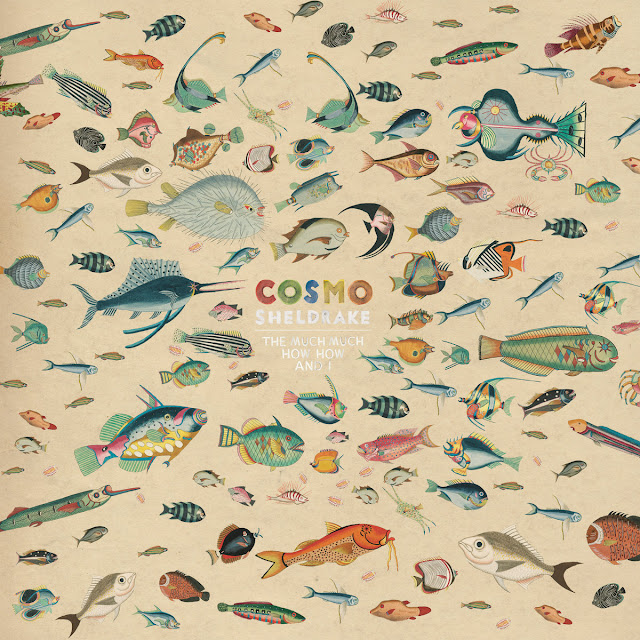 The world is a lot worse off since the passing of both Todd Dillingham and Wim Oudijk, the former for the lyrical composition of songs and the latter for arrangements. I mention this because Cosmo Sheldrake reminds me of both.

What's more, he offers up songs that sound as though they are from 70 year old Veterans, when he is in fact less than half that age. This album was released last year, but gets a welcome re-release with the addition of the instrumental versions of the 14 songs. This is definitely the purchase, because the arrangements are far away from what you'd here, oddly wonderful.

For someone offering up a sort of Toytown left field Prog Pop, you'd be surprised to hear that his claim to fame was the use of a song on an Apple I-Phone Ad. Not the sort of thing you'd expect to be unloaded on the GPO Turntable buying hipsters.

I loved this debut album on initial release and the instrumental additions add even more. Sheldrake is a multi- instrumentalist and it's as though, Roy Wood like, he's played every instrument in sight. There's a real Circus feel at times and the songs could very well be about Robyn Hitchcock sees in his dreams.


There are songs about Egg and Soldiers and heffelumps, the lyrics sound Victorian and yet it's all held together because as well as being musically strong, the vocals are really affecting to. It's a long strange trip across the 47 minutes, but a real life affirming one.

Added Sound Effects make it sound as though the album has been recorded in The Archers studio. This is a wonderfully off beat affair, an incredibly fun listen, very 60's orientated, but appealing to all. Prog and Psych fans will love it, but so will quirky pop fans. I can't get enough of it.

You can listen to and but this album for a bargain 6 dollars here.

Posted by Anything Should Happen at 19:19