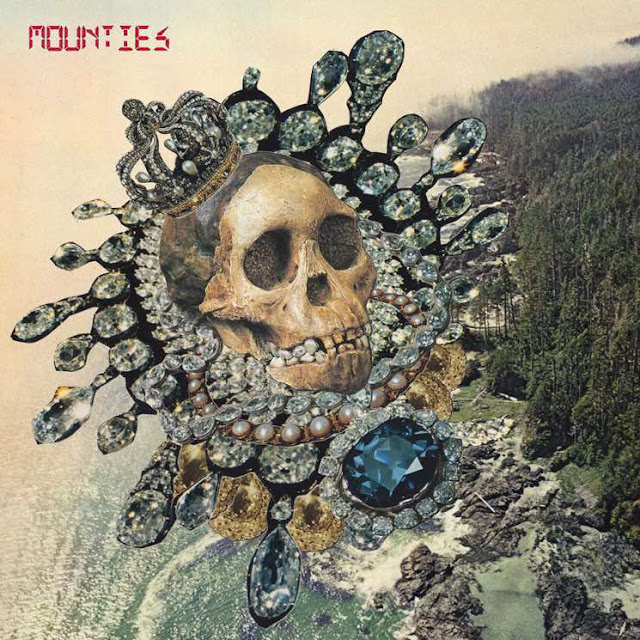 Supergroups tend to produce music of little merit, even the good ones produce an album that you revisit and think, this wasn't as good as I remember it. Most make an album that it is solely for themselves and the only nod to the listener is usually some banter to show how normal the band members are.


Mounties largely manage to do both. The trio consisting of Hawksley Workman, Steve Bays and Ryan Dahle offered up an unexpectedly good 2014 debut album and this follow up doesn't disappoint. There's a ton of ideas across the 53 minutes, maybe a few too many.

All avenues are covered as Heavy Meta as it takes in Pop, Rock, Psych and Electronica. There's noises from everywhere. This is wonderfully inventive, but it's a lot to take in one go. However, anyone who can come up with a song as marvellous as the title track deserves persevering with. It's a constantly changing , sprawling magnificent seven minutes. This song is worth the admission alone.


There's so much variation, the early Blur like Dark Heart Suffering, the Numan-esque You Were Right. The J Pop plinkity plonk of  Modesty Plays and Devo-ish No XTC's just ratchets up the directional changes.

Amongst the Kraut Rock and Flaming Lips comparisons of other individual songs, a New Wave Pop masterpiece, Burning Money shines out. Heavy Meta will take quite a few listens, but it's exceptional and well worth the effort. Canada should be proud of these three. Heavy Meta is a fine album.

You can buy the album everywhere. You Should!

Email ThisBlogThis!Share to TwitterShare to FacebookShare to Pinterest
Labels: Mounties