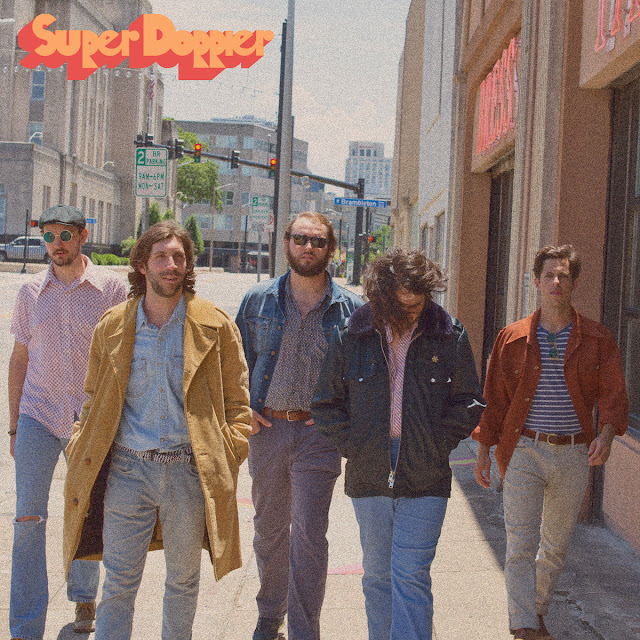 I loved the Major And The Monbacks debut album in 2015. After that came Moonlight Anthems. That album still contained the Soul influence, the Brass still had a big presence, but it was marked by a slight shift more akin to Country Rock. The cross between both landed somewhere near Joe Cocker.

The band name change to Super Doppler moves the Rock influences on a pace. The feel has far more of the 70's Classic American Rock about it, although there are Psych edges and a definite FM feel. The Brass has gone completely and this seems to suit the Norfolk Virginia outfit's strengths.

There's a splendid Guitar Solo on Someone Is Watching You that verges on Psych Blues and this encapsulated the direction of the band. I Don't Wanna Die is a great opener with a sneering vocal leading a Doobie Brothers groove.

Contrast this with Last Man Standing which sound very UK 1967, the time when Beat was getting influenced by Haight Ashbury. You Don't Love Me again has those 60's Influences, very Toybox, Psych Pop. That then changes into a late 50's Teen Pop chorus.


All of this is delightfully done, with clever hints of Jangle, providing a really laid back vibe that makes the whole album such an easy listen. The arrangements are spot on, the Rocking is gentle and you can just imagine being sat in the sun.

The closing track, Clear, is the real find amongst these 10 songs. It's a wonderfully haunting ballad, the type that The Hollies used to master. It also adds a great haunting guitar solo and Age Of Aquarius type harmonies.

Super Doppler is a fine listen, highly recommended. You can listen to and buy it here. You can find out more about the band here.