In Deed - Everest (US Edition) 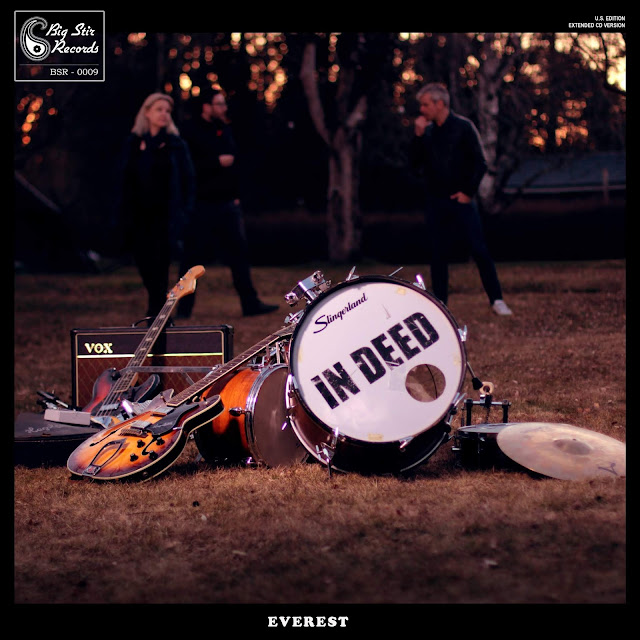 My love and admiration of the Big Stir Label and community is well documented. Christina and Rex have grown a scene and roster from very little in just a few short years. I can't think of anyone who has done more for Power Pop and Pop Rock in that time. They have invigorated a genre that was dying on it's feet, in fact derided at times.

The label delights in Physical releases and it's weekly Digital Singles are inspired and now approaching 30. I can't think of a greater addition to the label than In Deed. Sweden has long had a fine Guitar Pop scene, it just doesn't get the attention it deserves. Big Stir will provide that worldwide forum.

Sweden is also home to two of my favourite musical friends in Nick Fletcher and Wayne Lundqvist Ford. We'd probably move there if I wasn't so set in my ways, but I digress. Everest was released in 2017 and it now has a deserved re-configuring with additional tracks and it sounds just great.


The problem with any Swedish band that is Female Fronted are comparisons with Abba and The Cardigans. The latter is more relevant here with the high Guitar quota, but In Deed are nothing like The Cardigans apart from the odd diversion.

Everest is far from straight ahead Pop Rock. There are some wonderful Psych Pop moments on songs such as Never Really Noticed and the wonderfully noisy Heart Attack, which is a Psych Masterpiece. My favourite song on the album, but others will choose something different, there are that many candidates.


Linda Karlsberg's Vocal range is outstanding, delicate on Fantastic, aching on the Farfisa accompanied Over And Over. Song To You is all Carnaby Street and  According To You has a real jangle with a biting attitude of a lyric.

Flavour Of The Month has a Ska riff, I'm Alright (When I'm With You) is very Brit Pop, think Sleeper with more depth. 15 Minor Hours is a nigh on six minute closer, at times Radiohead-ish, incredibly hypnotic, very different to what's gone before.


Everest is a fantastic album. I get bored with front loaded albums, this gets better and better as the album progresses. The US Edition enhances what has gone before and gives In Deed the opportunity to tell the world how good it is. Rightly So, because they should.

Email ThisBlogThis!Share to TwitterShare to FacebookShare to Pinterest
Labels: In Deed