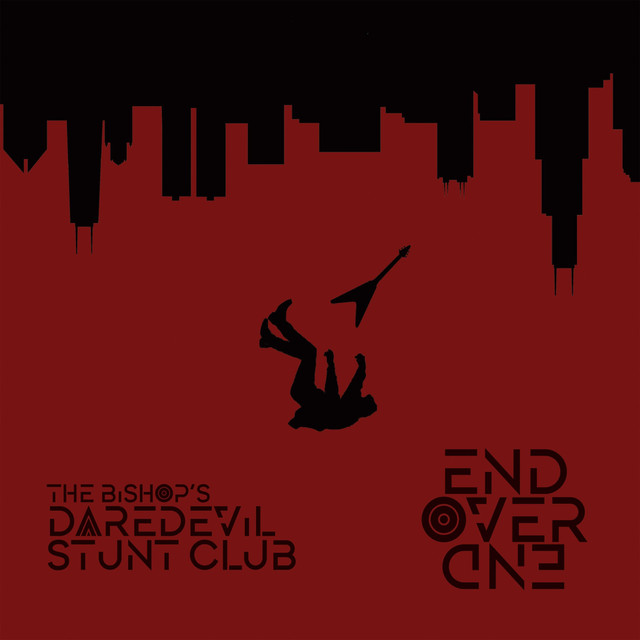 Chicago's The Bishop's Daredevil Stunt Club have been going for around a decade now and if there is a centre of the mind circle that denotes the I Don't Hear A Single world, they'd be around it. I won't go into those boring Best Album yet quotes, but End Over End Excels.

Anything from the band's back catalogue does the trick, but the new album takes on far more than previous albums have. There's a danger of confusion when a band goes for variety, but there's no danger of that here, because the influences aren't the everyday Pop Rock ones.

I've already played the infectious Get Up Get Up on the IDHAS Audio Spectacular and that's amongst the opening four killer songs that set the tone here. Starpower is definitely in The Feeling's first album territory, The Henry Norman Hotel is City Boy before Mutt Lange decided that the drummer was the singer and Delusional Love is Vegas With Randolph without the Social Conscience.

Here Is Today is great mid 70's Pop Rock with a seemingly Pilot type riff trying to get out. Cupid You Lose is very Chris Church, Christine Your Mean has a Who like riff to it  Lifeguard should be on the Not Lame label and Burndown At Sundown is built around a sort of Black Sabbath like riff.

There's no drop of tempo across all ten songs. Hook follows Hook, but it's far more than traditional Power Pop. The arrangements are thought out, the production top notch, this is everything that you could ever want from a Pop Rock album. Totally Outstanding!

I'll add some songs here as they become available. In the meantime, you can buy the album everywhere and listen to it on the likes of Spotify.

Posted by Anything Should Happen at 17:55