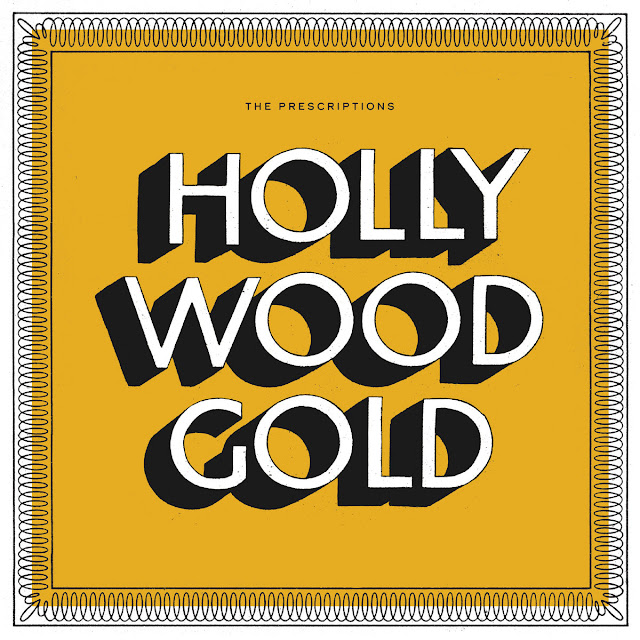 I've been to a lot of music this month for the One A Day IDHAS Series and outside reviews. Hollywood Gold grabbed my attention largely because amongst all the noise, it was refreshing to hear such a wonderfully laid back listen, crafted with love and revealing a talent for hooks.

Nashville's The Prescriptions offer up a splendid 11 songs that slowly creep up on you until you realise that you want the album on repeat. There are tinges of American and Classic Allman Brothers present, but you sense that the Power Pop is trying to get out.


As a debut album, this is an incredibly accomplished offering that doesn't seem to try too hard to get you on board, It's not awash with sound or desperate variety, it just knows what it wants to achieve and goes out and gets it.

There are hooks, but they creep up on you rather than shout out loud. I suppose it's heading for a sort of Countrified Pop Rock. Setting Sun seems a strange choice of album opener. It starts Fleetwood Mac like and breaks out into a real twang in the closing minute.

I'm reminded a lot of The Jayhawks, but there seems a real early Eagles vibe at times, the solo on Highway Gold offers a real hook. There's a fair amount of harmonica present across the album, a much needed revival is needed methinks.

This is definitely an American album, if someone like Snow Patrol did it, it would sound like a dirge. There is a real optimistic hopeful feel to the album. Can't Ask For More is real Good Ole Boy Country Bar music and the real surprise song is Night Before I Lost My Mind which is poptastic.

You can listen to and buy the album here. It's a real rest and listen.

Email ThisBlogThis!Share to TwitterShare to FacebookShare to Pinterest
Labels: The Prescriptions