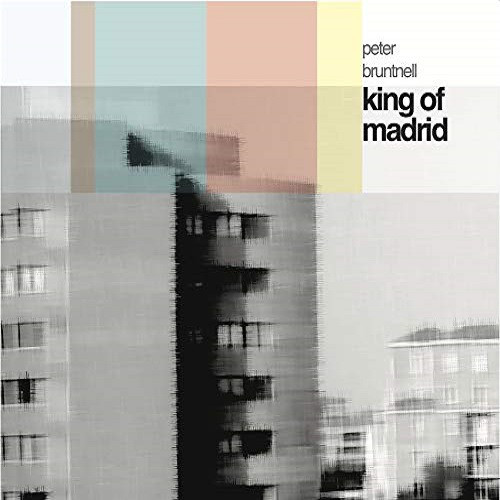 This is Peter Bruntnell's tenth album and although he's been very much in the Americana circle, his beginnings were more Psychedelic and his last album, Nos Da Comrade, saw a small scale return to his roots.

King Of Madrid moves that on full tilt, the Psychedelic is here, but the Pop is Poppier and the Jangle Factor is high. It's great to hear his dulcet tones again in an area that I'm far more akin to. I've never been that much of an Americana fan and as time as progressed, that genre has just got confused and dull.

King Of Madrid sounds very American and it's even more confusing for new converts to realise that the Spanish title nods are from a UK artist, whose studio is in Devon. The Americana past still gets referenced on the likes of Memory Hood which has a real Country Twang, but the Pop is almost Powered at times everywhere else.


Bruntnell has a wonderfully laid back voice and that can get caught in Easy Listening too much on slower songs. The voice is moody and relaxing, particularly on the title track, but excels when the tempo gets more upbeat.

London Clay is very Richard Hawley with a real 70's Pop Rock feel. National Library has a real jangle background, but it's Dinosaur's almost late Monkees like pace that will appeal most. Thief Of Joy is very Del Amitri.

I still yearn for him to plug his guitar in and pick up the pace a bit more, but this is a fine album. It won't Rock Your Socks off, but not everything should and King Of Madrid will certainly leave you feeling happier than before you started listening.

The album is available everywhere. You can find out more about Peter Bruntnell here.