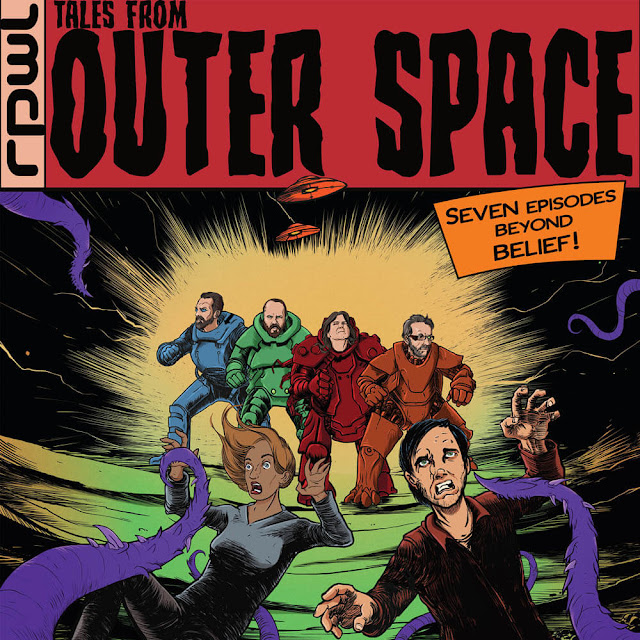 It's Prog Time and before you all run to hide in the cupboard, there is more to this than meets the eye. I do get stick for my Prog loving ways, but lately I've grown a bit weary of it. Modern Prog is not really my thing, it's all too kitchen sink and "insert your (long) guitar solo here".

Now when I hear great new Prog, it's a far more melodic affair, think Big Big Train, the likes of Billy Sherwood have dampened my spirits. I'd rather have a band that show they can obviously play, but not to please themselves. RPWL fit that bill.


It's probably even harder to sell when I tell you Tales From Outer Space is a themed, dare I say concept, album. The Munich Quartet, RPWL, are probably an unknown to most I Don't Hear A Single followers. Yet their following is quite large in the UK and Europe.

They also have a stratospheric Live reputation, hence six live albums have been released to accompany the eight studio offerings that precede this. They write some mighty fine melodic songs that pitch them some between The Alan Parsons Project and latter day, Pink Floyd, the Waters-less version.

They do take more chances here, the theme aids them in this. Give Birth To The Sun features a Wakeman like solo. What I Really Need features an Edge like Guitar riff, not usually a good thing, but it develops into a big ballad.

RPWL, though, are best when they venture more towards Alan Parsons Project on splendid songs like Light Of The World, a ten minute epic. The arrangements present across the album are exceptional and man, can these boys play.


We keep getting told that the album format is dead, well here is proof that it isn't. Tales From OuterSpace should be played from start to end. Well done all! You can find out all about the band here. The album is available everywhere,

Email ThisBlogThis!Share to TwitterShare to FacebookShare to Pinterest
Labels: RPWL