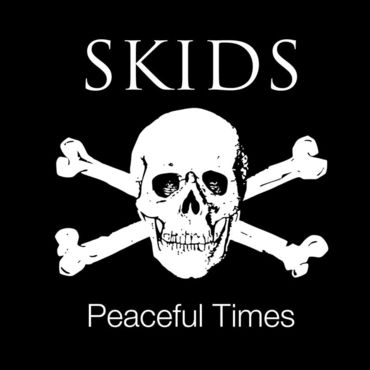 I'm a massive Skids fan and their revival keeps proving me wrong. I've always liked Richard Jobson, although he does use a hundred words where ten will do, but to me Skids will always be Stuart Adamson.

The thought of a Skids album without Adamson made me expect the worst, but last year's Burning Cities album is really good and Live, the band remain as relevant as always. So when I heard, earlier this year, that an Acoustic album was on the way, I thought why?


Skids have always been such an Electric band. Stuart Adamson was the closest guitarist to Bill Nelson that I ever witnessed. So the thought of strum along versions of Into The Valley just didn't appeal. How wrong (again) was I?

There is new life brought into the songs, in fact they are almost new compositions. A song such as Hurry On Boys, previously such a loud anthem, is treated so gently with a wonderful arrangement.
Animation is a revelation and even the newer stuff, such as Kings Of The New World Order, take on a new life.


Animation is a Folky campfire joy, The Saints Are Coming is piano led and soundtrack like. Into The Valley starts has a straight ahead acoustic verse which bursts into a great choral and orchestrated affair. Desert Dust is Spaghetti Western, A World On Fire is pure Runrig and Kruezberg 79 is a new song that keeps up the Burning Cities standard.

Some fans may be disappointed that there are only four songs from the triumphant first three albums and it is a bit of a shame that we can't hear more of these interesting reworks from that era, maybe a second album can do those songs justice in the future.


Peaceful Times is absolutely wonderful. It is like a new Skids album, completely adding to the band's reputation. I'm off to listen to it again. Meanwhile, you can buy it everywhere. You can listen to all ten songs here.

Posted by Anything Should Happen at 17:56

Email ThisBlogThis!Share to TwitterShare to FacebookShare to Pinterest
Labels: Skids