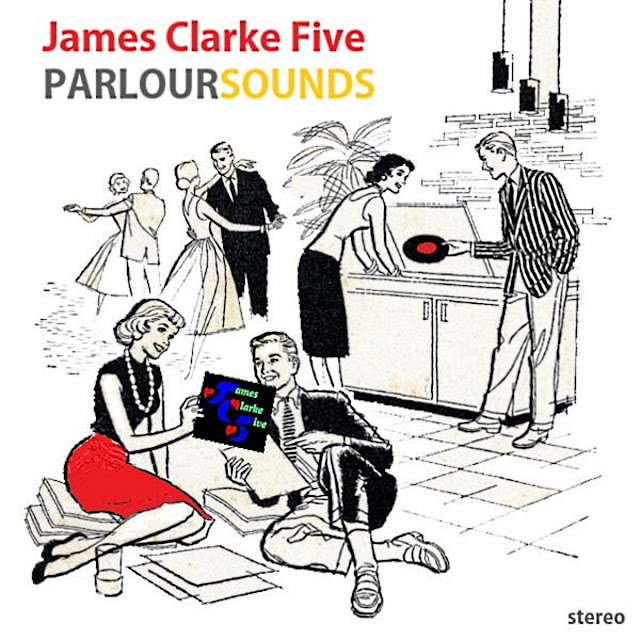 James Clarke Five's Parlour Sounds finally gets a physical release. What's more it's on Wally Salem's wonderful The Beautiful Music label. Wally will always be a hero to me for having Armstrong on the label, but there's far more to TBM than these two as you will see here.

James Clarke Five has been James Hughes's solo vehicle for nigh on two decades. Those in the know will recognise as one of The Cherry Boys, the Liverpool outfit that has become a real name dropper over here. The band offered up wonderfully sad songs with a real charm and had Chris Sharrock in the band in the early days.

Parlor Sounds is the sort of pop that we love. It is splendid laid back Pop Rock. I can explain it best by telling you that Pilot's Just A Smile is covered here, a song that should have been covered far and wide and shouldn't be lost in the Magic / January mayhem.


Think John Miles, Pilot, Jigsaw, The Alan Parsons Project, even Gilbert O'Sullivan. Talking of John Miles, Mairead is so Miles does Peter Skellern with the accompanying Brass. Under My Skin is like a sped up on Christopher Cross and Jade is all 60's UK Beat Pop.

The variety doesn't always work. I could live without the twee Miami Vice 80's Synth Pop of Somewhere Out There Somewhere, but I'm sure it will appeal to may others. There's A Rainbow is a Jangling Al Stewart and The Redemption Of Casper Green is fantastic Toybox Pop, an absolute joy, McCartney-esque.

Parlor Sounds is a real feel good album, a pleasure to listen to. James Clarke Five deserve far more attention, perhaps now is the time. You can buy the album at TBM here. The album can be listened to and bought as a download here. You can find out more about James Clarke Five here.