Bill Lloyd And The Tallymen - 2GTRSBSDRMS - Live At Blackbird Academy 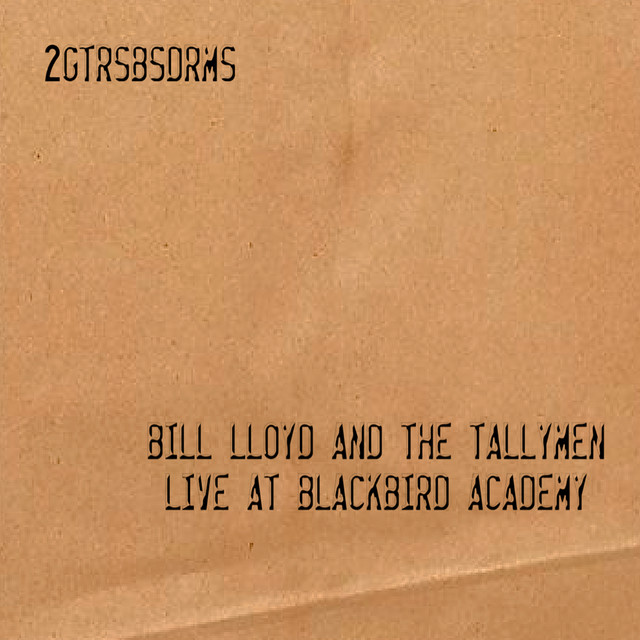 Bill Lloyd continues a lengthy excellent career, currently as a part of one of the greatest Label Rosters around, Spyderpop Records. Lloyd has mastered Country, Americana and Power Pop and it's probably no surprise that it's the latter that I love most.

His 2018 album, Working The Long Game and his work as one of the great cover bands, The Long Players will prepare you for what you have here. 2GTRSBDSRMS is an absolute revelation, Pop Rock done at it's very best.

I know people baulk at Live albums. listen to them once and file them away, but this is different. If ever there was a way to listen to Bill Lloyd, it is Live. Here, you get the very best method. The album was recorded Live In Blackbird Academy's Studio and so no annoying chattering.


The quartet, hence the two guitars, bass and drums reference, includes Pat Buchanan on Guitar and the recording is stunning. It's like listening to a full band studio album. The 10 songs are from his three Power Pop solo albums and all ten hit the spot.

It's across the album that you realise that this isn't necessarily Power Pop, it has more in common with Tom Petty than Big Star. There is also some exceptional playing, for instance the Guitar Solo on Mistakes Are made is so Mick Ronson.


Others may have differing opinions, but I think Boy King Of Tokyo is Lloyd's best album and best song and so it's only fitting that it opens up proceedings. Buy On Credit is a real Petty Rock Out, but the overall album feel is more Into The Great Wide Open.

Let It Slide is 60's UK Beat, Turn Me On Dead Man is Psych Pop and The Fix Is In is riff-o-rama Power Pop. I Went Electric is pure Graham Parker And The Rumour and Out Of The Picture is real shake your fist stuff, with a hint of early Costello.


You can buy the CD from Bill's website here or Kool Kat here.   The album is available at all the download emporiums including Amazon Music here. You can listen to the whole album or individual songs here.