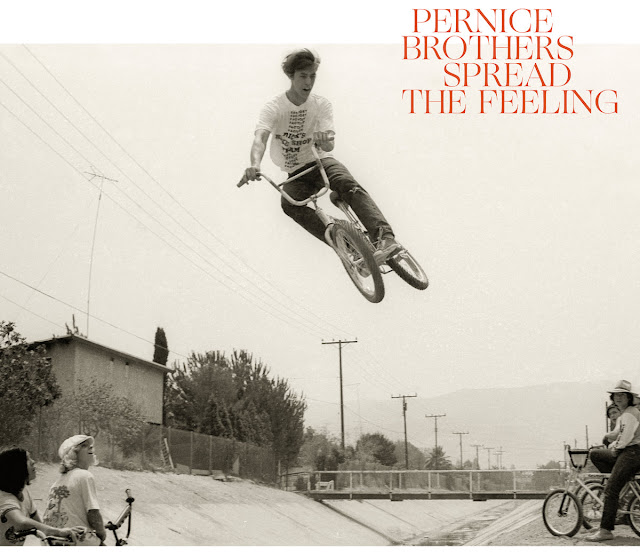 It's been nine long years since Goodbye, Killer, so it is more than about time for Spread The Feeling. Indeed, a follow up was recorded and mixed a few years ago, only for it to be abandoned when Joe just didn't like the songs.

Since the album was abandoned, Pernice has revisited the songs with little mind change, until it was decided that a couple were worth saving and the task was then to keep recording until there was an album that hit the required quality mark.


The result is here and Joe Pernice has lost none of his talent. This is a splendid offering, all the trademark lyrical depth and killer hooks are present. Stories are told, bitter sweet words disguised by big melodies and boy is this album melodic, at times it's almost Pop.

There is also a song that may be the best thing that you'll hear this year. The jingling venomous, The Devil And The Jinn, is a real ear worm. Featuring Neko Case on Backing Vocals and Ric Menck on Drums. it hits every spot possible.


Although the sound across the whole album feels much bigger than usual, the quieter moments are allowed their own space, particularly on the magnificent Queen Of California. For all the trademark jingling joy of Eric Saw Colors and Skinny Jeanne, the slower moments that strike most. Evidently So is suitably sad and I Came Back has a real Wreckless Eric feel.

Mint Condition has a Cars like riff and a Glam Rock riff. Always In All Ways could be The Proclaimers. Throw Me To The Lions feels very 80's with a Lightning Seeds vibe. The album as a whole could be Joe Pernice's Pop Opus, what ihasn't changed is his ability to write a song. The lyrics are as strong as ever and Spread The Feeling is a real contender for Album Of The Year.