Råttanson - I'd Much Rather Be With The Noise 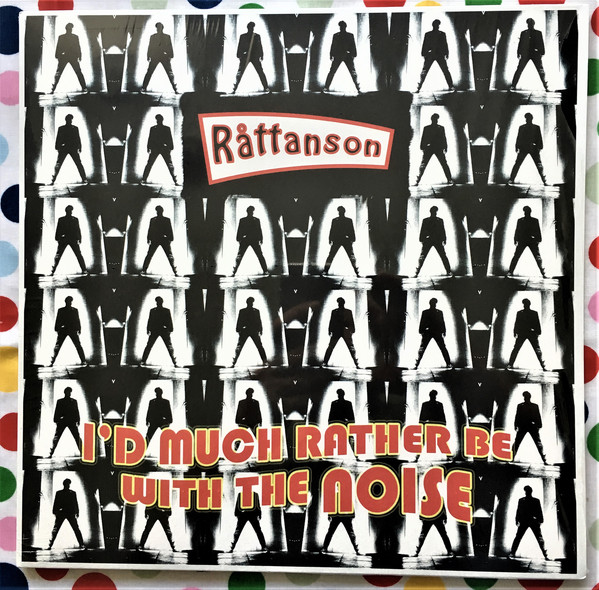 Henrik Aspeborg returns with a new Rattanson album and it's very welcome. Aspeborg gets lumped in with the Power Pop brigade, but his brand of Swedish Garage Pop fits in to so many scenes. that a pigeon hole is unfair and unnecessary.

I'd Much Rather Be With The Noise is deliciously Low-Fi, but enthralling. One minute Rattanson are in Guided By Voices territory, then a song like Hometown Out-Of-Towner sounds like a 50's At The Hop Affair. There's also more than a hint of Psych Pop too, particularly on Dancing On The Head Of Snakes.


In A Peak State brings up images of a 60's dirt path road trip, whilst Sixgun Smile could be sung from a One Horse Town Bar. No Best Of Me has a twanging love song with a be bop chorus. Kiss This Year Goodbye is again great pop.

Bamalamalicious is exactly as the title suggests, 50's Rock and Roll a la The Crickets. These 14 songs offer up anything from Surf to 80's Garage Rock. Small Venue Concerts could be Chinn and Chapman Glam Rock.


Aspeborg's voice comes across as a bit Mink De Ville at times, no bad thing, at other times Dylan-esque folk. The Seeds also spring to mind. However, the whole album grabs you and I still can't get Let Them Win off the turntable.

There's also more than a hint of Wilko Johnson Rhythm and Blues. I'd Much Rather Be With The Noise Is A Fine album and Rattanson are well worth your attention.


You can listen to and buy the album here. You can buy the Vinyl from Open Mind Records via their Facebook page here.

Email ThisBlogThis!Share to TwitterShare to FacebookShare to Pinterest
Labels: Rattanson