Is It Power Pop? Who Cares? 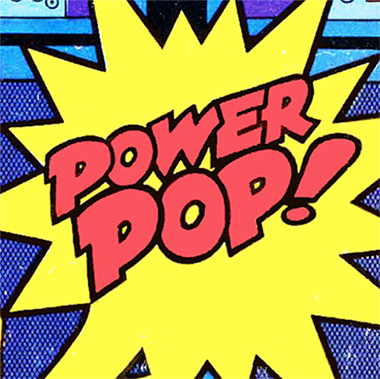 Power Pop fans like to make lists. They like to compare A v B and talk about Raspberries, Badfinger and Big Star. That is when the subject of The Beatles comes up for air. There is absolutely nothing wrong with this. It's all part of being a collector and fan and if we are honest, the following is of a certain vintage and that includes me.

There are also quite a few Facebook groups and what happens in a lot of them, translates to the musical life outside those walls. Two things that do frustrate me are the "All New Bands Are Crap" or "It's Not Like It Was In The Old Days" brigade. Even more so, the Is It Power Pop fascination.

I'm a fan of many different types of music and I see this rubbish, the odd time, in other groups. The Modern Prog v Prog argument raises its head the odd time, but nothing like the words devoted to Is It Power Pop. The genre has always had a divide with artists. Some embrace the label, others hate it and it's an even split.

There are people who set themselves up as Power Pop Police Commanders, fearlessly slaying anyone who disagrees with their strict definition about what it is and isn't Double P. Books are written on the subject to allow even more disagreement on what defines a type of music that is becoming increasingly irrelevant. Is it the lyrics, the harmonies, the chorus?

I write mainly about the new. It's not because I am anti the old. I'm a massive collector and know my history. I'm also a subjective fan. If an established artist releases a turkey, I acknowledge that and I particularly dislike hype. But I can't help thinking that this Power Pop debate is ruining the fun of what is supposed to be a joy filled listen.

I'm well in with the community and I find more and more who write about it or cover it, removing Power Pop from their strap lines. It's only the lack of an alternative title to describe the music that keeps the PP label alive. Guitar Pop? Pop Rock?

Indie has become a label that encompasses any artist that self releases, in some cases, artists that are not on a major label. The Internet Radio Stations have made that label worse to include any only rubbish that is plugged to them. Yet it remains a powerful draw to followers, readers and listeners.

I played around with tags for the IDHAS Audio Extravaganza. Power Pop gets tumbleweed. Indie Pop gets attention. That's a genre that could include auto tuned rubbish written by a dozen people as well as Guitar Driven Pop that warms the heart.

Power Pop is hard to promote and it's never gonna be massive. But it is contracting and sadly it's because of the people who are supposed to love it. Fans, supposed Head Of Departments. The audience is getting older and older, yet it has no wish or intention of embracing a younger audience. People pretend that it's not the music, it's the fault of the youngsters, they just don't understand good music.

There seems a willingness to spend hours and hours arguing about what is Power Pop, rather than using that time to listen to things that you haven't heard. I've been a supporter for decades, but this year in particular as been the worst for Keyboard Warriors.

Stop Analysing it! Use the time saved to listen to and enjoy the music. Use your hands to play air guitar or turn the volume up, instead of indulging in all this nonsense.

Posted by Anything Should Happen at 11:57