Mike Adams At His Honest Weight - There Is No Feeling Better 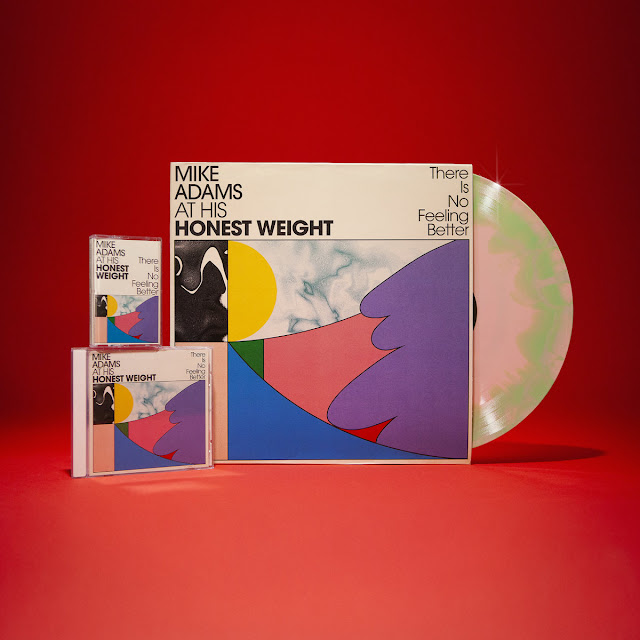 I am NOT going to begin with the line, "There Is No Feeling Better Than Listening To This" as I can imagine it's already been cliched to death in other reviews. Fair to say, that Bloomington Indiana's Mike Adams At His Honest Weight offer up a splendid album.

What's more, Adams is another in the fantastic stable of artists that are on the Joyful Noises Recordings label. This is his fourth album and follows on from 2016's wonderful Casino Drone. The songs here sound as big as Casino Drone, but the arrangements seem fuller.

The collaborations on this album from those within the Honest Weight Circle make a big difference. It's not that previous offerings, that have been more solo affairs, are sparse, it just seems there is a harmonious feel to the whole album. That combined with the experience gained from being the fourth album in has provided an absolute winner.

There's a really laid back feel to the whole affair. At times, it's a bit like Bruce Hornsby without the piano, but there is far more here that. No Feeling Better includes an unexpected twee instrumental break to cover the Duane Eddy Guitar.


Datsun Dashes is a cracking Pop Song, a bit Michael Stipe with a Roy Orbison Backing Track Twang. Olivia is a big Ballad that again mixes the Sixties with IRS Indie. Do You One Better is pure Indie Pop. The general feel across these 11 songs is a more than pleasant Summer Jamboree. All this is Pretty, but the lyrics tell a different, political, story.

However, it's when the album steps away from the more mellow. Pressing Mesh is a biting wonder of a song and the magnificent closer, So Faded is one of the best things I've heard this year. It's almost like a US Pete Wylie with it's Big Chorus, it's a massive sounding joy.


There's so much to like here. There Is No Feeling Better will definitely be in IDHAS's End Of Year Best Of 2019. You can listen to and but the album here. You can find out more about Mike here. You can discover more about Joyful Noises's artists here.

Email ThisBlogThis!Share to TwitterShare to FacebookShare to Pinterest
Labels: Mike Adams At His Honest Weight