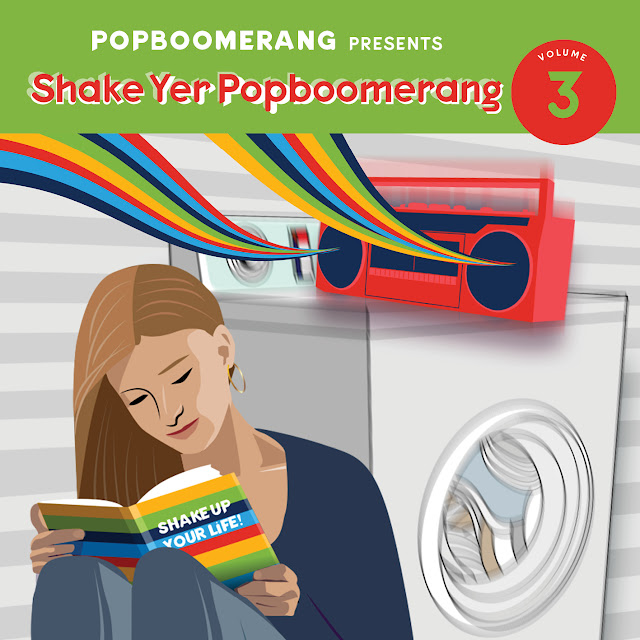 Scott Thurling is a revelation, a standard bearer for Power Pop, past and present. He doesn't shout about himself as much as others, but he is just as relevant. He has kept the spirit alive in Australia during a time when Guitars have become more and more unfashionable. He's not a homey though, he celebrates great Guitar Pop from wherever it originates.

His knowledge of the likes of Brit Pop is immense, he can introduce you to so many great lost albums. Since 2002, his Popboomerang Label have amassed over 100 releases, showcasing some fine talent, but it's the Shake Yer Popboomerang compilations that reveal most.


The third SYP Volume is a double disc of delights that informs everyone, including me, about artists they should know more about. It's a fantastic collection of artists new and not so new and I don't see a better compilation around anywhere.

There are so many IDHAS faves here including, DM3, Danny McDonald, Bryan Estepa, Even, The Kariannes, The Golden Rail and Wade Jackson. Then there are the bands that I've discovered this year, most notably the superb Blackbirds FC.


Volume 3 is another mix of great Australian Guitar music, some new, some borrowed, but none Blue. It's really difficult to highlight individual artists when all 37 songs are so strong. It's much better that you listen to the songs yourself, none will disappoint.

It is however, hard not to acknowledge Dom Mariani, both he and Tommy Keene were largely responsible for where I am now Power Pop wise. At the other end of the scale, Bryan Estepa has released an album that should be high up in many reviewer's Best Of 2019's.


The beauty of the Popboomerang label is the diversity, it's like a celebration of both the Guitar and great Pop Rock. From Jangle to Psych Pop, From Rock Out to Ballad, it's all here in this essential compilation. Well done Scott! That's something that we don't say enough.


You can listen to and buy Shake Your Popboomerang Volume 3 here.

Email ThisBlogThis!Share to TwitterShare to FacebookShare to Pinterest
Labels: Popboomerang, Shake Your Popboomerang