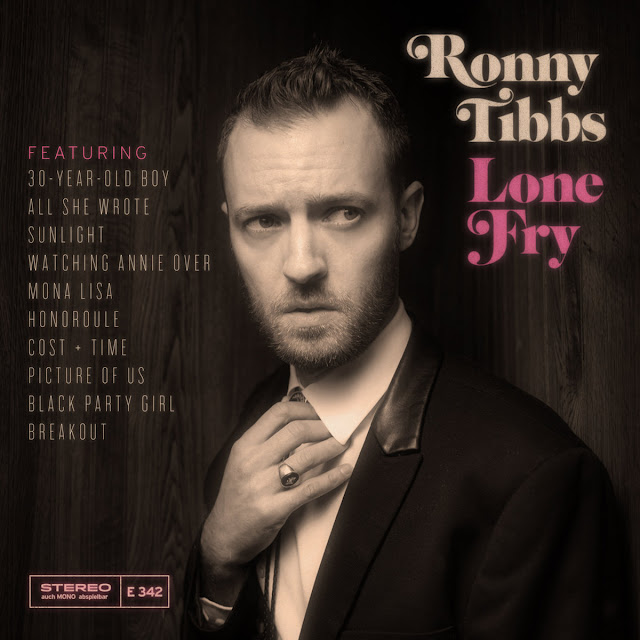 October is going to be a busy month on IDHAS. It's also going to be another Album A Day Review month. This gives me a chance to tell you about 2019 Releases that I should have mentioned earlier. I've already cued up 21, the other 10 spaces can be for new releases.

Detroit's Ronny Tibbs's album from earlier this year is an offering that I really should have told you about before now. Over Lone Fry's ten songs, there is such a mix of styles that it's hard to know where to begin.  It's almost like a K-Tel album.


With ease, Tibbs switches from Synth Pop to Bubblegum, Cinematic Euro to Psych Pop, Country to 70's Pop Rock,  yet at it's heart is a Nilsson like Orchestral Pop that fights to get out. This really is outstanding stuff. Casual Listeners may get a little confused, but we know better, Lone Fry is simply stunning.

30 Year-Old Boy kicks off proceedings with a wonderful slice of McCartney Pop and All She Wrote is a sort of Power Pop Ballad. Then any theme or preconceptions are blown out of the water. The synth pop Sunlight and Honourole provide Pet Shop Boys comparisons on the former and shades of Sparks' Music That You Can Dance To era on the latter.


Mona Lisa is a Piano Pop Ballad, Watching Annie is pure UK Glam Rock. Picture Us is twanging Country Rock, yet Black Party Girl is Brit Pop to a tee. Break Out is more straight ahead Rock, but still intriguing and where do you begin with Cost + Time?

Cost + Time is a futuristic soundtrack, more at home as a European Noir Soundtrack. I really can't explain in words, how splendidly varied Lone Fry is. I'm not sure how you define where the music of  Ronny Tibbs actually sits, but why worry about that when you have an album as outstanding as this is. Highly Recommended!


You can listen to and buy the album here. You really should add this to your collection.