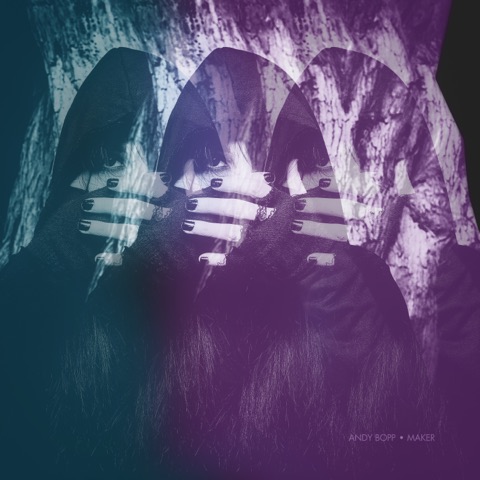 I've been a fan of Andy Bopp for over two decades. I've become noted for Power Pop commentary, despite my tastes being far wider. As I think about what attracts me to Power Pop, those first two Myracle Brah albums are a fair testament.

Bopp's adventures since have provided equal enjoyment, but it is his solo career that has invigorated me most. His upcoming album, Maker, is an absolute revelation. Andy questions why someone would want to make the same album over and over and I feel the same way. I'll explain why in the album review that will appear later in the week. It's fair to say that Maker is more Bowie than Chilton.

For his latest interview, Mick talks to Andy about his career and Bopp also gives some brief thoughts on the new album.


What are your earliest memories of first getting into music?

"I started taking guitar lessons at age four. By six, I had an electric guitar and an amp. I got
frustrated with it and switched to drums for the next five years."


Which music artists first made you sit up and take notice?

"The Beatles, in particular the Help album and Rubber Soul. I was about five years old."

"My mother would sit down with me and we would make up songs on the spot. She sang and played the ukulele."

What was the first song you wrote where you knew you had something?

"Hard to say. Probably around the age of twelve. I started writing about then, but it took awhile to develop. The first good songs were about two or three years before Love Nut. There’s about three albums worth of material recorded prior to Bastards Of Melody. So, to answer your question, the first good song was called Crying."


Looking back on Myracle Brah, how do you feel about it now…highs lows, things you
might change now?

"Well, Love Nut just got dropped from Interscope and I was very mad about it. We never got a
fair shake. A few of the Eartsnop songs were meant for the next Love Nut album which was, of
course, rejected by Interscope.

So, I got an 8 track, mic pre and compressor and one good mic and started working. No lows as such. The highs were playing all over Europe. I played in Japan two years ago and didn’t realise that I had a small fan base there. I’m very proud of those albums."


How does the song writing process work with you?

"It has changed over the years. Early on it was always guitar oriented riffs, then lyrics. Now it's
more of a stream of conscience. I start writing anything in my book, regardless of quality and it
grows from there with numerous revisions. I never have a dry spell, because I don’t put pressure on myself. I just relax, breathe and let it work."

What would you say were your biggest influences?


The recording process always seems a vital part of the whole with you…you don’t just record an album you produce it.

"The recording process is unlike what people think. It’s very painful for me to record. Obsessing
on every note etc. But it is magic and always a learning experience. Again, letting your
subconscious take over is creative in itself."


What does creativity mean to you in the day to day?

"On a day to day basis creativity keeps me alive."


Talk about the genesis of the new album. The difference between the you of today and the
Andy of twenty years ago.

It started out as an EP. I have a double album almost finished and was just going to put this EP out first in March, but then it became a whole different animal and grew to a full album.

It’s a therapeutic album for me. I’ve been struggling with depression for several years and I needed to get things off my chest. I think it turned out very good.

This is a more mature approach from twenty years ago. I try to develop everything as time continues. That's why in good conscience, I can't just keep putting the same album out."


What does creativity mean to you in the day to day?

"On a day to day basis creativity keeps me alive."

If you’re up for it a track by track breakdown would be cool.

"“Lay down before the throne”. It’s a confession and an acknowledgement. Example:
“manipulation was routine, till Eros fell on laser beams, protecting all the ways and means”

Time doesn’t stand still for anyone. Regret of knowing that I’m still not sure who I am as a
person.

In The Interest of Time Pt.1

A synth version and rewrite of track 7. O.U.T. means out

Shoulda, Coulda, Woulda, regret and pain. “I ran until I fell into the drink”

A very disturbing story about a man who works in a sideshow of a travelling circus. His trick or
gimmick (which you are lured in by the barker for a small fee to enter the small tent) is called The Incredible Burning Hand.

He enters, the crowd applauds, and he proceeds to light a candle, placing his hand over the flame until its burning flesh. The crowd is appalled and sick and disgusted and exits the tent. Two shows a day, and in between he rests his hand in ice water while reading The Tempest.

His pain does not come from the show. The pain comes from the long agonising down time. The idle hours kill him."

She Drives Me Crazy

"My attempt to cover an awesome song. The crazy is not in affection.

In The Interest Of Time

Sarcastic, of a relationship, like I don't want to hear it, so in the interest of time and space,
goodbye.

Asking for someone to stay with you until you perish. If you stay till the morning I can say
goodbye, when the sun shines.

Thinking that your running to a safe place, only to find out it’s a lie."


You can find out more about Andy Bopp on his website here. Maker is released on Monday 21 October. Details of how you can listen to it and buy will be included in the Album Review later this week.

You can read the IDHAS Review of Andy Bopp's Wherewithal here and Blisters And Thorns here.