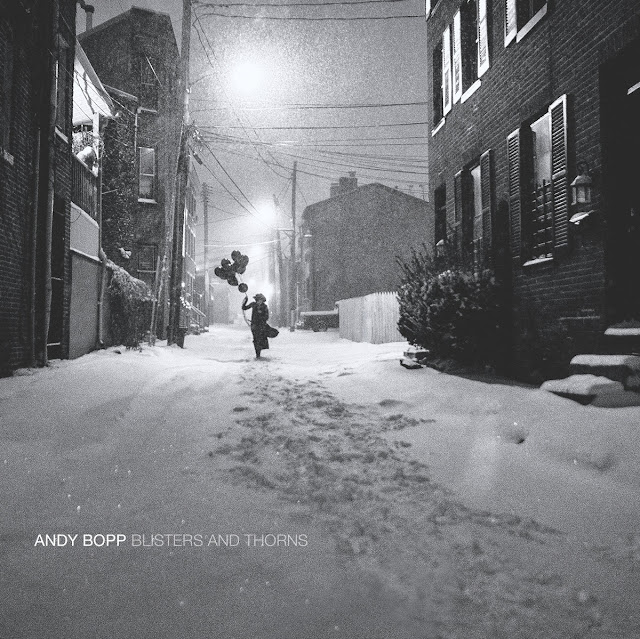 Ahh those Not Lame days! There was so much good from Bruce, but the two bands I always think of when I think of the label are The Shazam and Myracle Brah. The latter's debut, Life On Planet Eartsnop remains one of the great Power Pop albums.

After it all ended Myracle Brah wise, I lost touch with what Andy was doing, even though the band was largely him anyway. I'd heard a couple of things since, but not enough to move me massively. Well, Blisters And Thorns changes all of that and has got me digging backwards. This album feels more like a Myracle Brah album, but more importantly it is as good as any in that band's discography.


The riffs are there, plus there's a mix of style, pedal steel, banjo and of course those Rickenbacker riffs. Most of important, he still has one of the great pop voices. A voice that's so easy on the ear. This is ace Pop, but there's plenty of variation.The Roy Orbison like Simple Thing has a banjo intro, the Beatle-esque Broken Ties starts with a lovely jangly Rickenbacker riff yet has a steel guitar solo.


The haunting Limousine, the psych pop of Grey Matter, the bass line driven Red Eye, all add to the variation. Broken Highway is a real weepalong, Minneapolis is chorus led with a wonderful solo. Hello is magnificent, but the stand out is the orchestrated acoustic joy of Maybe, Just Maybe that just breaks out into an awesome solo,

Andy Bopp is as relevant as two decades ago and he's produced a pop masterpiece to be proud of. You can listen to and then buy it here.


Posted by Anything Should Happen at 19:35