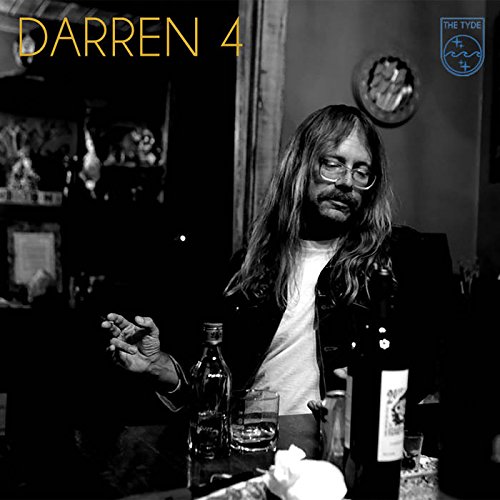 The past few months have been a mixture of established artists coming forward with their best albums yet, great comebacks and real surprises. The Tyde fall into the middle category and thank goodness they are back.

Darren Rademaker's The Tyde are back with Album Number 4 after ten long years and it's as though they've never been away. You know what you are gonna get and thank goodness you get it. That Los Angeles mix of late 60's Laurel Canyon and early 90's UK Indie is a delight. Darren, you have been missed!

That Lloyd Cole like voice drawls through 28 minutes of excellence. The supporting cast is wonderful, including brother, Brent, from Beachwood Sparks and Neal Casal. The real surprise though is the inclusion of Bernard Butler on the stand out, The Curse In Reverse.

I think many people know how highly I rate Bernard Butler as a guitarist and in particular his People Move On album. The duet works beautifully and Butler provides some blistering guitar. Wonderful!

Away from this, Rainbow Boogie, is a romping jaunty number that catches you completely with a Marc Bolan like vocal. Situations is an aching weepie and pedal steel of It's Not Gossip If It's True. The centrepiece though is the epic, The Rights. A sprawling panoramic 8 minutes that is very different from the shorter songs that surround it.


Very few people can make an album like this, even less get it so spot on. The last couple of months have been notable for some fantastic albums. This is yet another.

You can listen to and then buy the album here. It is also available as a limited vinyl release.


Posted by Anything Should Happen at 13:31

Email ThisBlogThis!Share to TwitterShare to FacebookShare to Pinterest
Labels: The Tyde