Various - If It Feels Good Do It 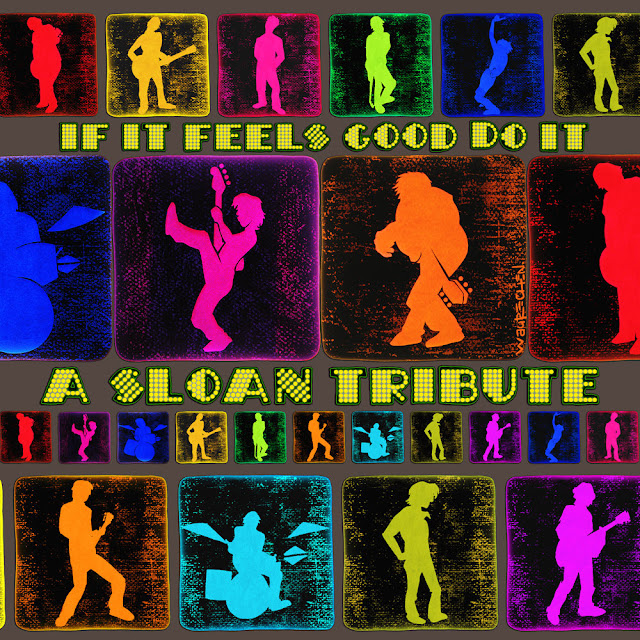 First off I'm a big Sloan fan, through great and mediocre I'll always stick by them. I'm like that with Cheap Trick, the band always gets the benefit of the doubt. If an album is disappointing, I'll just wait for the next and these aren't the times of an album a year.

Secondly, I am not that keen on tribute albums, they've been done to death and I've never really seen the point. This is different, I love it. Why? Because it's got a line up of many who are hot in Power Pop land at the moment and secondly, because not all versions are faithful to the originals.


I happened to mention in my Gretchen's Wheel review that not many people dare to cover Sloan and Keith Klingensmith quickly corrected me on this. The 31 song collection is on his label Futureman Records . Incidentally Futureman are one of the more exciting labels around, celebrating the best of new and old Power Pop.

Nick Piunti makes Right Or Wrong sound like a Nick Piunti song, Stereo Tiger reinforce their reputation as one of the best around at present and Chris Richards handles Coax Me beautifully.

King Radio cover the title track in a sort of lounge lizard style and Kristin Von B becomes Kim Wilde as if she was backed by the Go-Go's with Devo interruptions. The album is great fun and great value at 31 songs for 10 dollars. The killer though I've already praised in my review of Behind The Curtain. Gretchen's Wheel's cover of Try To Make It is absolutely inspired.


You can buy the album here and then have a look at what Futureman Records are doing. Anyone who is trying to recreate interest in Gladhands is fine and dandy with me.

Posted by Anything Should Happen at 22:21