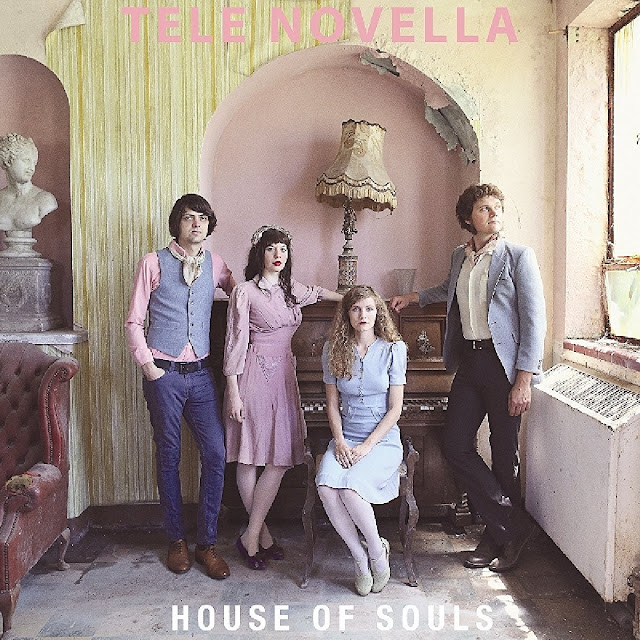 Austin Texas's Tele Novella's debut album is something that should be played on a Dansette. It almost sounds like a soundtrack to an Art Film, the type you watch avidly although very little is going on. Yes, this album is wonderfully moody and all the better for it.

There are some predictable comparisons, Camera Obscura, Belle And Sebastian etc, none are particularly apt. Lyrically adept, the album comes across as something created in the presence of Andy Warhol, at the times the plinkity plonk instrumentation can be very 60's, a path so few take.

There's even hints of Surf, particularly on Even Steven and even Psych Pop. The Snake That Swallowed The Elephant has a vibe similar to Space's Female Of The Species. Natalie Ribbons's Lead Vocals vary at times, but are refreshingly clear. She can be Dusty Springfield or Sandie Shaw, yet just as easily do Julie Driscoll.


The gem on the album is completely out of kilter with the rest of the album, you could imagine Morrissey  singing Heavy Balloon, a fantastic pop song.

This is a surprisingly accomplished debut, a great listen. For those who don't want to listen to three chords all day, it's an intelligent splendid listen.

You can find out more about the band and order the album here.


Posted by Anything Should Happen at 21:42