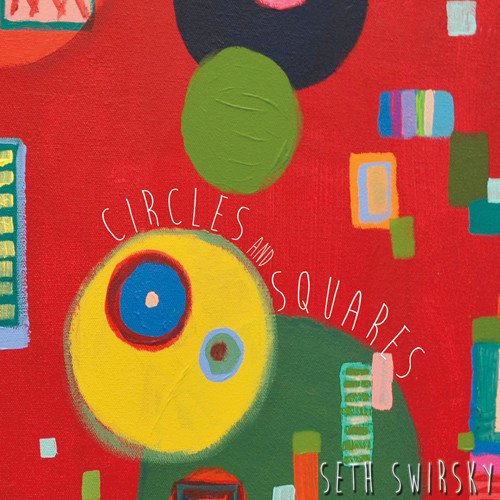 Seth Swirsky is a talented guy, he puts most of us to shame. Author, Artist, Film Maker, Baseball Expert and that's before we even get to the music and there's plenty more there.

He was a staff songwriter for Warner-Chappell and wrote songs for many, most notably, Taylor Dayne's Tell It To My Heart. He's also written for Rufus Wainwright, Al Green and many more too numerous to mention. You can find details of his songwriting adventures here. Visiting that page gives you the added bonus of listening to the songs in demo form.

His Power Pop chops are also spot on, collaborating with the likes of Eric Carmen, Marshall Crenshaw and Jim Ellison. He's also in the jingle jangle joy that is The Red Button with Mike Ruekberg. Their two albums are highly recommended.

It's not often that you are so far into an article before you get to the point, that being Seth's solo career. he writes and plays wonderful Pop Rock of a 60's and 70's vintage. It is reminiscent of early McCartney, The Monkees, Nilsson, 10cc and The Beach Boys.

His debut solo album from 2005, Instant Pleasure, is a corker and features a rare guest appearance by Andy Sturmer.

The follow up from 2010, Watercolor Day, remains one of my favourite albums ever, it's just such a beautiful melodic soundscape as demonstrated by the title track.


2016 brings us solo album number three and it doesn't disappoint from start to finish. The opener starts all Beach Boys and then halfway through becomes prime time 10CC. It's an absolute cracker of a tune. The title track could be Pilot, Old Letter and Far Away are early McCartney like, when he was trying to prove he didn't need Lennon.

From the soft shoe shuffle of I Loved Last Night to the campfire clap along of Let's Go To Spain, the album is wall to wall quality. The thing that is different about a Seth Swirsky album is the variance. It's great pop but not verse verse chorus verse chorus guitar solo.

He's such a multi instrumentalist, that simple acoustic numbers branch out with orchestration and unexpected break outs. Certainly, no one does laid back better.

Sonic Ferris Wheel and Table could easily appear on The Orgone Box's debut album. Circles and Squares is a fine fine album. The overriding impression that I get from the acoustic led songs is one of Nilsson. It is an album to put on after making a cuppa or grabbing something stronger. then letting the world wash away for 40 odd minutes.

You can buy the album from the likes of Amazon and Kool Kat on CD and it is available for download at Amazon, iTunes etc.


Posted by Anything Should Happen at 07:16